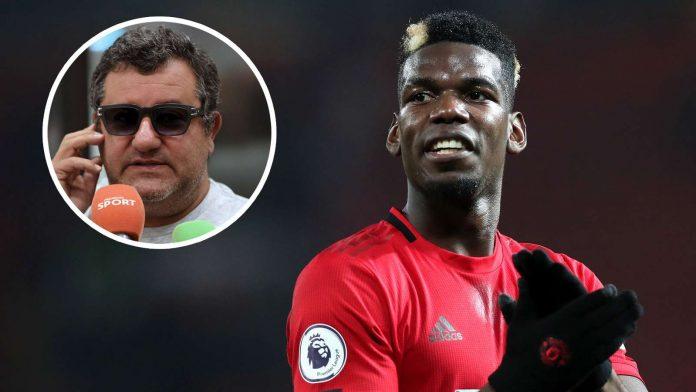 Paul Pogba’s future at Manchester United may last long until next summer as per new comments made by his agent Mino Raiola.

“Paul is unhappy with Man United as he is no longer able to express himself in the way that he would like and as he is expected to. Paul needs a new team, a change of air. He is under contract for the next 18 months and it will expire in the summer of 2022.”

“However, I think that the best solution for both Pogba and Man United is that he goes in the next transfer window. If not, the Old Trafford club knows that they risk losing him on a free transfer as it is not Paul’s intention to extend his contract.”

But after an excellent display in the Manchester Derby, Paul Pogba stated not to concentrate on anything else as he will fight with everything for Manchester United. Manchester United boss Ole Gunnar Solskjaer also bashed Pogba’s agent for his comment before a crucial Champions League game against RB Leipzig.

But Mino Raiola commented on this again yesterday in the ‘Golden Boy Award’ ceremony. Raiola said, “In England, they’re very sensitive when you talk about Pogba. I’ve just expressed my thoughts.”

“I’ve said that Paul can leave in the summer, it’s hard to do top deals in January.”

It will be interesting to see the response from Manchester United after this comment from Raiola.

Juventus have no plans of Paul Pogba leaving anytime soon