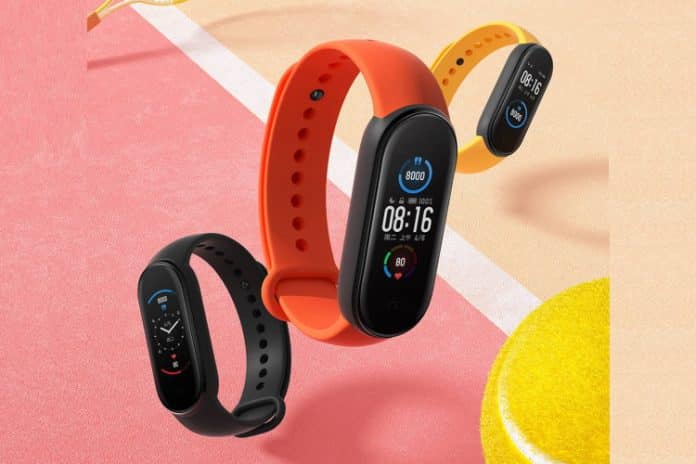 On June 11, Xiaomi will be launching its much anticipated Mi band 5 in China and Mi NoteBook series in India, both of the new products will be making their global debuts respectively. Obviously, we got a first look of the band already and now a lot of teasers on Weibo talk about the specs of this new smart band.

The posters suggest the fact the Mi Band 5 will be an upgrade over its predecessor than a completely new one, which the leaked images clearly show.

According to the teaser poster, the Mi Band 5 features a 1.15-inch AMOLED screen to the 0.95-inch screen in the Mi Band 4. However, it is difficult to guess whether the size of the pill has increased or actually Xiaomi has increased the screen size on the previous dimensions.

Ditching the previous mechanism of popping up the pill and fit it into the cradle was too boring, and now Xiaomi confirms to include a magnetic charger with Mi Band 5. With 11 sport modes, you can find any kind of activity you want to get monitored to along with a dedicated SpO2 sensor to track your blood oxygen levels.

The new Mi Band 5 will have NFC support and a camera shutter button which lets you remotely capture pictures. Now, it will be interesting to see how Xiaomi prices the band, like its predecessor or greater and when it will available in China as well as other countries as well.