Mi 11X vs Mi 11X Pro: What are the main differences between them? 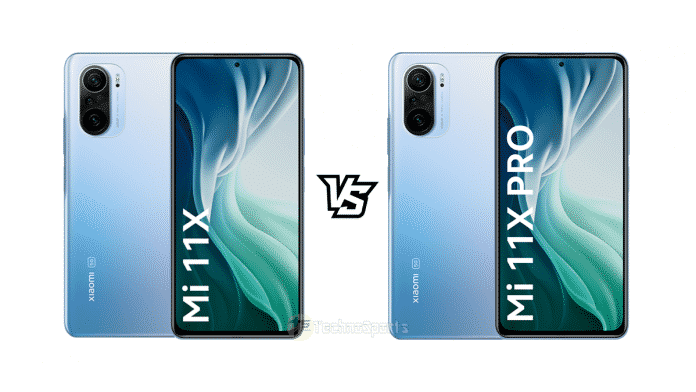 In terms of optics, Mi 11X hosts a triple camera setup at the back. This module features a 48 MP primary sensor, an 8 MP wide-angle lens and a 5 MP macro lens.

MI 11X Pro also has a triple rear camera module but has much stronger specs. It has a 108 MP Samsung HM2 primary sensor, an 8 MP ultra-wid-angle lens and a 5 MP macro sensor. For selfies and video chats, both the devices flaunt a 20 MP snapper at the front.

Mi 11X and Mi 11X Pro smartphones are packed with a 4,520 mAh battery cell. Both the handsets are paired with a 33W fast-charging support.

The differences between the two smartphones are very less but are very important to the state as well. Display and battery specs are too similar but the main difference comes in the processor. The Mi 11X Pro has Android’s toughest chipset, Snapdragon 888 SoC. The primary camera lens of the Pro model is way better than the Mi 11X smartphone. The other features of the camera are the same. If the budget is not a constraint, then one might prefer the Mi 11X Pro version.