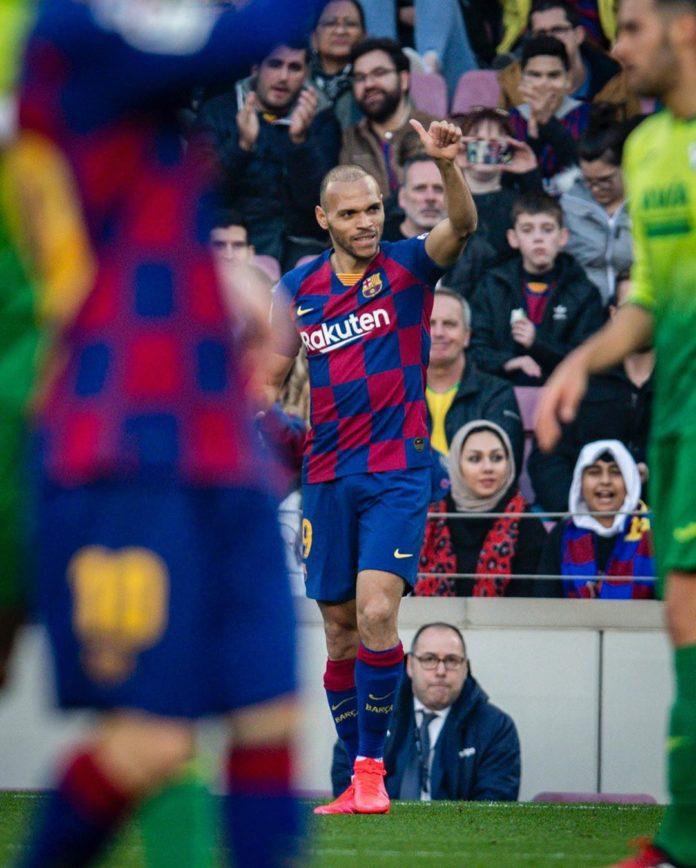 Martin Braithwaite will be leaving Barcelona by terminating his contract. No club has come forth to sign the forward, and he is now expected to walk out after a brief spell at the club.

The Denmark international will be choosing his new club today after leaving Barcelona. He has been pushed down in the pecking order with the arrivals of Robert Lewandowski, Pierre-Emerick Aubameyang and Ferran Torres. As a result, he will now be moving on to a club where ample opportunities are available.

The striker made attempts to leave the club earlier as a protest for mistreating him. However, they did not listen to any of his pleas, but he will be one of the players to change clubs on deadline day.

A number of Spanish clubs are interested in signing him, among others. And he will have to make a decision fast if he is to finalise his next destination before the window closes shortly after the deadline day.

Martin Braithwaite only made 58 appearances since joining the club in February 2020, and scored 10 goals across all competitions. The 31-year-old will be one of the players to leave the club on deadline day alongside Pierre-Emerick Aubameyang, Sergino Dest and potentially, Memphis Depay too.