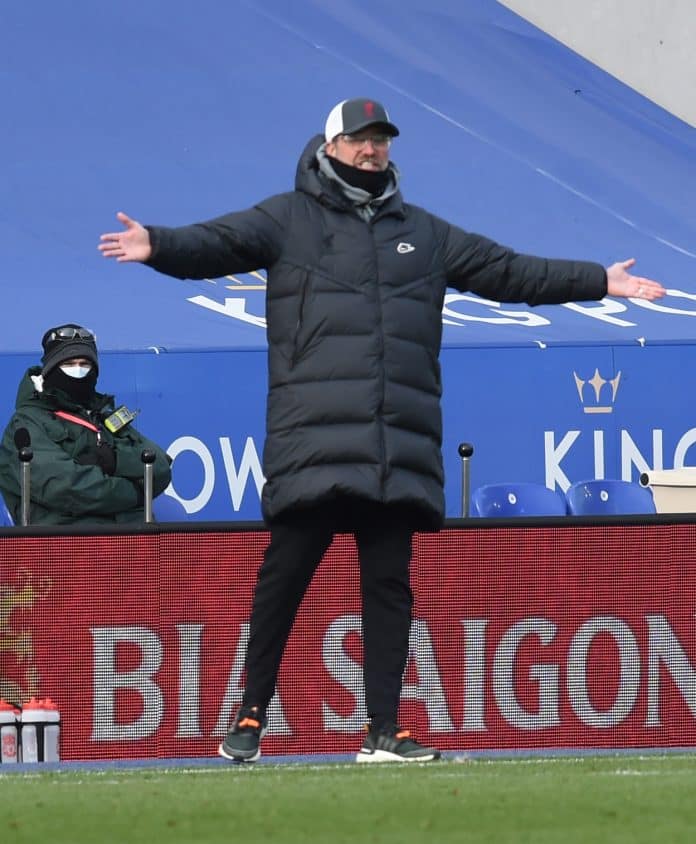 Liverpool endured another shocking defeat away at the King Power Stadium to Leicester City, with goals from Harvey Barnes, James Maddison and Jamie Vardy late in the second half spelling out the doom for the reigning Premier League champions.

The first goal saw James Maddison nick one from a free-kick with Alisson’s view blocked. However, an offside call from the linesman was ruled out by VAR, the technology awarding a goal for seemingly the first time.

The second goal was the tipping point in the match, which saw Ozan Kabak and Alisson have a horrendous piece of miscommunication between each other. The Brazilian often sweeps up after the advanced centre-backs but collided with Kabak in an attempt to clear out a long ball played into their half.

This set up Jamie Vardy to shoot into an open net before Harvey Barnes buried the match off of a break to seal all three points for the hosts.

Liverpool now finds themselves with 40 points from 24 games played, and could find themselves out of the top 4 should Chelsea win their fixture against Newcastle United on Monday.

To be fair, it only took Liverpool one set of very, very infamous errors from Karius to effectively end his time at the career. However, as of late, Alisson has not been giving the fans any confidence either. His blunders against Manchester City and now against Leicester will leave fans in serious doubt about his form.

In the post match interview, an extremely emotional Jürgen Klopp conceded the title, claiming that their hopes of defending the title were essentially over after the 3-1 loss to his predecessor as Liverpool coach. Things have been even more difficult for the German given a personal tragedy that has struck him, shaking him to his core.

Liverpool will be hoping to turn things around in their next outing in the Merseyside derby against Everton at Anfield.