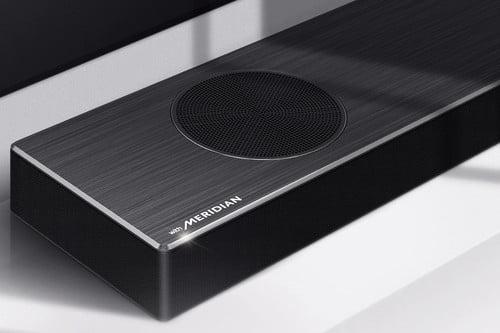 Two weeks before the big technology event, LG has unveiled another early CES 2022 product, the LG S95QR Dolby Atmos Soundbar. A new centre-channel upwards firing speaker that bounces sound off the ceiling should make dialogue sound like it’s coming from the centre of the screen, distinguishing next year’s flagship soundbar from this year’s models.

LG claims that the soundbar has an output of 810W and 9.1.5 channels of audio, as well as a wireless subwoofer. LG says that in addition to the new centre upwards firing speaker, it will upgrade its rear wireless speakers to six channels of audio instead of four, adding two more drivers to better disperse sound behind the viewer.

There’s no word on a pricing or a specific release date yet, but we’re hoping to hear it when we visit Vegas in January. LG reps told TechRadar in an early press event that the S95QR’s HDMI connector will support variable refresh rate (VRR) and auto low latency mode (ALLM), allowing a 4K/120Hz feed from a PS5 or Xbox Series X to be passed through.

In Music Mode, the soundbar will use Meridian Audio’s Horizon technology to up-mix two-channel audio to 7.1-channel and will support a variety of Hi-Res streaming services for audiophiles. Finally, for those who want the greatest sound possible, the S95QR will include LG’s latest AI Room Calibration technology, which assesses the dimensions of the room and outputs the broadest soundstage possible.

While the LG S95QR’s top-of-the-line features should make it the best soundbar on the show floor in January, Samsung and Sony have yet to show their hands and could arrive with their flagship Dolby Atmos soundbar or two.

Also Read: Toyota announces its accelerated plans and an increase in investment in the manufacturing of EVs