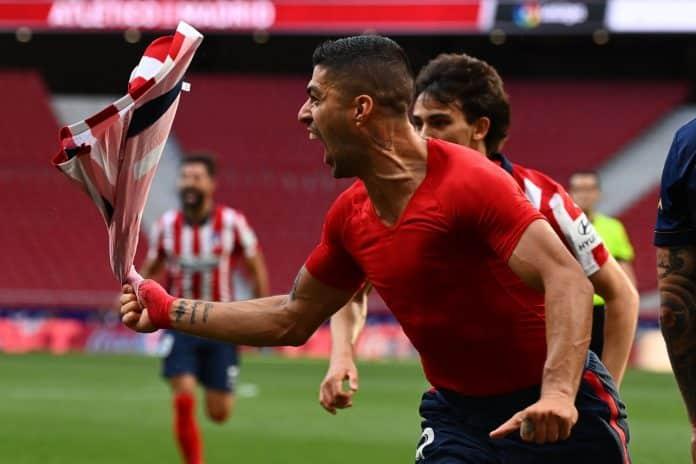 Matchday 37 of LaLiga played out to a conclusion yesterday, with Barcelona officially dropping out of the title race. Both Madrid clubs are now the only ones in the hunt for the league title, with Atletico having the advantage.

Celta Vigo got the better of Barcelona, in a surprise 2-1 victory. Real Madrid beat Athletic Club Bilbao 1-0, following a goal from Nacho Fernandez, emerging as the unlikely saviour for Los Blancos. Atletico Madrid edged past Osasuna with a 2-1 victory, as Luis Suarez and Renan Lodi got on the scoresheet to help them win.

The final day of the league will determine the winners of the title this season. While Diego Simeone’s men have 83 points, Zinedine Zidane’s side has 81. Doing the maths, it is easy to see that Real’s chances of defending their title don’t depend on them anymore.

They will face Villareal in their final matchday, who are fresh out of thrashing Sevilla 4-0. The path to the title will not be easy, and a draw will not do the job for them.

However, a draw for Atletico will complicate things, and not in their favour. Assuming they draw with Real Valladolid, and Real win their match, then the title would be won by Real Madrid due to their better head to head record over their rivals.

Hence, Atletico must win their encounter against Real Valladolid to win the title in an undisputed fashion. Real Madrid will be hoping Atletico slip up, or else they will finish short of the mark, and will have to go trophyless this season.