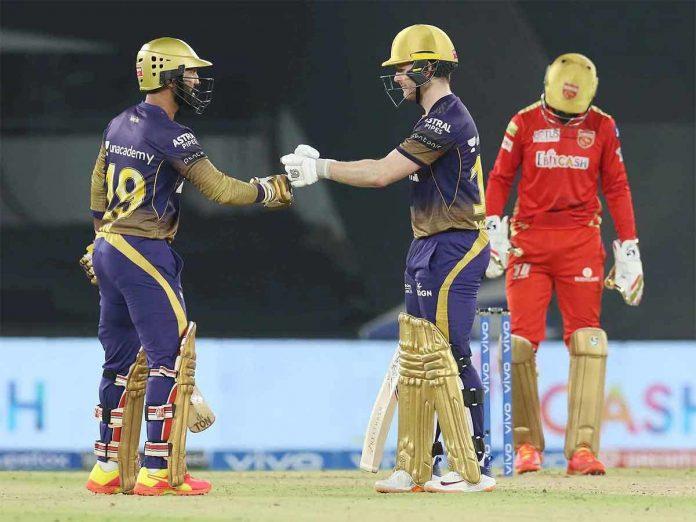 Kolkata Knight Riders won the toss and opted to bowl first. KKR bowlers did a great job restricting PBKS by just 123 runs. Only Mayank Agarwal [31 of 34] and Chris Jordan [30 of 18] were the stand-out performers of the team. KKR bowler Prasidh Krishna took 3 wickets in his 4 overs.

While chasing, KKR lost both the openers very soon. But later Rahul Tripathi [41 of 32] and Eoin Morgan [47 of 40] did an excellent job to chase down the total.

After the match, KKR skipper Eoin Morgan said, “Wins haven’t been easy to come by. Have worked incredibly hard. Today, along with a bit of luck, the performance was very impressive, particularly with the ball up front. When the wicket’s like that – from the 12th over of our innings, the ball was sliding on.”

“Hopefully today can kick-start something for us. Certainly think it’s challenging and it does have to be managed for players, coaching staff.”- he added.

PBKS captain KL Rahul said, “It is never nice to be on the losing side. Don’t know what to say. We should have adapted better. We could have applied a lot more with the bat. Expect the boys to be smarter. Some soft dismissals have cost us the game. It was a bit two-paced. Kept a little up-down. Was tough to assess what are the high-risk shots here. It is expected of good teams to adapt quicker. We need to keep our heads higher and keep trying. Bishnoi’s catch was stunning.”

Eoin Morgan was rewarded the Man of the Match award.

UAE T20 League: KKR, DC and MI will be able to sign players from their IPL squad