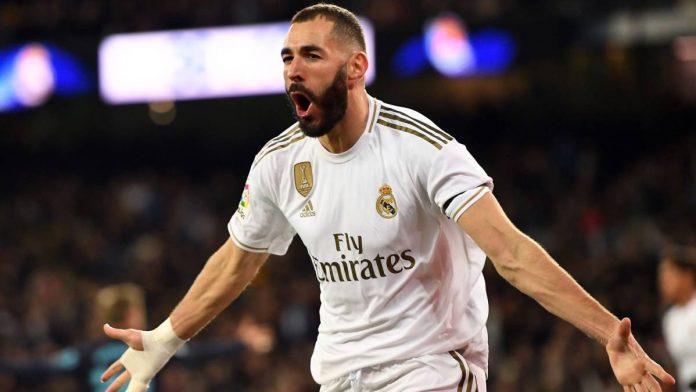 Karim Benzema has been one of the mainstays at the club. He has taken the new responsibility of being the goalscorer after Ronaldo left for Juventus in 2018. Although it a pretty tough task to ask someone to fill Ronaldo’s boots, Benzema has done a decent job.

Real Madrid won 1-0 in the first-leg against Atalanta. Before the second-leg tonight, Benzema said many things during Monday’s pre-match press conference. He told that he doesn’t have any problem with Haaland joining Madrid.

He said: “I’m not going to talk about players who aren’t here.”

“Every month we talk about people who are not here, about players who score a lot of goals…. He [Haaland] scores a lot of goals for his team. If one day he has the opportunity to come, let him come…”

Benzema also commented on yet another injury to Hazard. He said: “Eden hasn’t had any luck since he arrived.”

“I’m sad for him. He’s a top player who can help us a lot. He’s sad because he wants to prove he’s a star.”

“We have in our minds what is happening to him. We want to help him. Hopefully he will recover soon.”

Like Real Madrid manager Zinedine Zidane, Benzema also didn’t rule out Cristiano Ronaldo’s return to the Bernabeu. He said: “With Cristiano we have done a lot of things here.”

“I don’t know how Cristiano is at Juve. He has always behaved well with me.”

“I don’t know if he’s going to come back here to Madrid, I’m not the coach or the president.”

There have been rumours of him returning to Lyon as Benzema’s contract with Real Madrid comes to an end in June 2022. But he has made clear that he wants to renew at Real Madrid.

Benzema added: “I go day by day at Real Madrid.”