IT Companies’ recruitment down by 96% 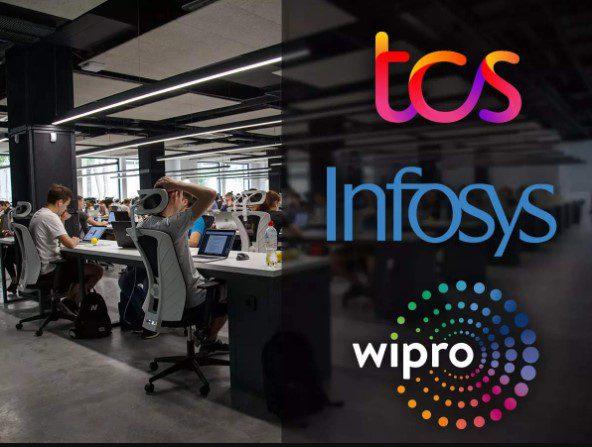 Indian IT service providers are delaying hiring even though attrition rates have decreased due to worries about an impending recession in their two most important markets, Europe and the US. In Q3 FY23, the top 4 IT businesses in India, Infosys, HCL Tech, Wipro, and TCS added a total of 1,940 net new personnel, the fewest in the previous eight quarters.

All you need to know about the companies’ recruitment!

These four IT companies have increased their personnel counts by an average of 53,047 over the seven previous quarters. Comparatively, hiring declined by approximately 96% in Q3. While the sharp reduction in hiring is notable, higher salary expectations have also decreased. TCS, the largest IT business in India, revealed a fall in headcount in Q3 for the very first time in the previous ten quarters.

In terms of reducing manpower, Wipro joined TCS. A quarter after recording the smallest net recruitment in the previous eight quarters, the Bengaluru-based organization announced a reduction of 435 people from its roster. A net increase in personnel was only recorded by Infosys and HCL Tech. Even for Infosys, the pace of hiring was the slowest during the previous eight quarters.

Contrarily, HCL Tech saw a 65% sequential fall in recruitment during the quarter. These 4 IT firms averaged over 60,000 new hires every quarter in FY22. In FY23, hiring continued to slow down, with Q2 seeing a significant drop to 28,836 net jobs.

Due to the decrease in headcount in Q3, Wipro and TCS are in the lead in terms of recruitment cutbacks, followed by HCL Tech and Infosys. Since the start of FY22, increased attrition rates have been one of Indian IT companies’ biggest problems. The second-largest Indian IT business, Infosys, recorded a high dropout rate of 28.4% in the first quarter of FY23. But in Q3, all 4 IT firms claimed attrition rates were down by 20 to 280 points. 1 percent is equal to 100 basis points.

The largest reduction was reported by Infosys, which had the greatest attrition rates over the preceding four quarters. It still has the greatest attrition rates among the four organizations, although Wipro has the lowest. Indian IT companies are in a “wait and watch” attitude due to fears about the recession and the associated lack of clarity around demand. During the Q3 earnings, the CEOs of the two biggest businesses, TCS and Infosys, issued a warning.

Strongest Currencies in the World as of 2023

According to TCS, Europe is an issue; Overall Demand Scenario hasn’t altered much!