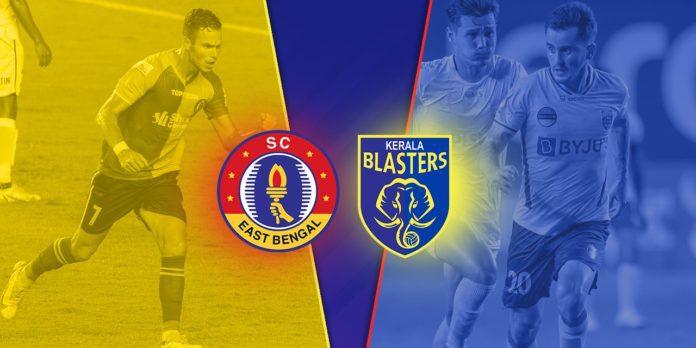 Kerala Blasters opened the Indian Super League 2022-23 season with a 3-1 win against East Bengal. It was Ivan Kalyuzhnyi’s brace off the bench and Adrian Luna’s wonderful goal that sealed all three points. On the other hand, Alex Lima scored EBFC’s solitary goal.

After two years in a bubble, the top-tier league in Indian football will return to a home-and-away format, with fans throb the stadiums starting from the opener at the Jawaharlal Nehru Stadium in Kochi.

00000000000000Adrian Luna opened the scoring in the 71st minute through a fine long ball by Khabra. This lead was then doubled thanks to a fine solo effort by the substitute Ivan Kaliuzhnyi. EBFC did manage to get back in the game through Alex Lima who scored in the 87th minute but Ivan Kaliuzhnyi hit a fine volley just a minute later to seal the victory for KBFC.

On 72th minute, Adrian Luna gives Kerala Blasters the lead with an outstanding goal as hedived to meet the long ball from Harmanjot Khabra. On 82nd minute, Kaliuzhnyi picks up the ball on the left side and from around the middle of the park, he makes a darting run inside the box. Kaliuzhnyi shrugs off a couple of challenges and skips past the EBFC defenders with ease. He then moves to the right side and just passes the ball into the right bottom corner.

Ivan Kaliuzhnyi scores a stunner, his second of the night, to restore KBFC’s 2-goal lead against EBFC. A good ball is sent floating inside the EBFC box and it is only half cleared. The ball comes out to Kaliuzhnyi outside the box and he just lets fly. Kaliuzhnyi strikes it beautifully first time on the volley with his left boot and the ball just flies inside the post.

After giving Blasters the lead against the Red and Gold, Luna’s knees buckled as he burst into tears. He pointed to the skies, pointed to his late daughter’s tattoo on his arm, and moved on with the game.

However fleeting this moment might have been, it was special nonetheless. After giving Luna and his family some space, the club had announced the good news that the Uruguayan had decided to extend his stay at the club till 2024.