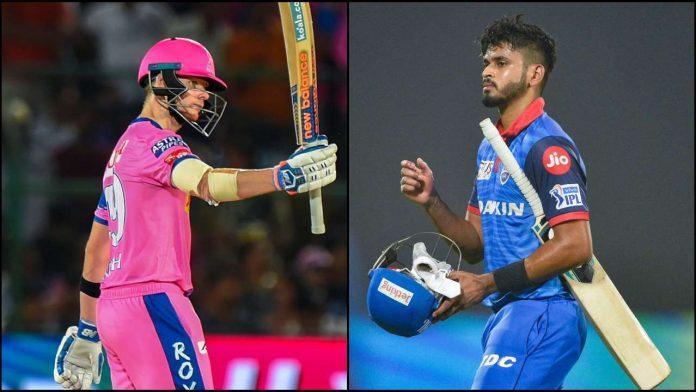 IPL will return back to the batting paradise with teams who probably love the ground the most as Delhi Capitals will take on Rajasthan Royals. Both teams have great memories at Sharjah.

The last time the Royals played at Sharjah, they made history by chasing the highest score ever in the history of the IPL. Rahul Tewatia smashed five sixes in an over against KXIP. However, RR has been struggling ever since losing all three matches. Skipper Steve Smith even jokingly said that he’s team is losing matches because they still believe they’re playing in Sharjah.

DC, on the other hand, is having its best season ever. The last time they were at Sharjah, they put up a huge total of 228 against KKR. They are coming off a clinical win against the mighty CSK. They would like to solidify first place on the points table.

SHREYAS IYER (C) (9.5) – Skipper Shreyas Iyer is in phenomenal form. The last time he was in Sharjah, he scored an undefeated 88 off just 38 balls. He’ll be our captain.

SANJU SAMSON (VC) (9.5) – Samson hasn’t been in great form since the last 3 matches. However, the last time he was at Sharjah, he scored 85 of just 42 balls. He’ll be our vice-captain.

JOS BUTTLER (10) – Buttler started off rusty but scored a phenomenal 70 off just 44 balls against a top-quality MI bowling lineup. STEVE SMITH – Skipper Steve Smith can turn the tables anytime he goes to bat!

RISHABH PANT (9.5) – Pant has shown consistency scoring 20-30 runs in all the matches. It’s just a matter of time he converts one into a big knock.

PRITHVI SHAW (8.5) – Shaw has been in great form scoring three fifties in five matches. Due to shorter boundaries, he can maximize the powerplay overs.

SHIKHAR DHAWAN (9.5) – Shikhar Dhawan has looked in decent touch as well. Even though he hasn’t scored a big knock, he anchors the inning a bit when Shaw attacks from the other end.

MARCUS STOINIS (9) – Stoinis has looked great and has provided both runs and wickets at crucial stages. He’s coming off a wonderful fifty against the formidable CSK batting lineup.

ANRICH NORTJE (8.5) – Nortje has impressed everyone with his speed. He has been a great wicket-taker for Capitals.

TOM CURRAN (8.5) – Curran has good yorkers and slower ones. However, he has established more fame as a batsman in this IPL.

KARTIK TYAGI (8) – The U-19 fame impressed everyone with his speed. He has a good short ball as well with which he took the wicket of Quinton De Kock in his IPL debut.

As mentioned earlier, both these teams simply love batting at Sharjah. The toss will have an important role to play as well. That being said, when both the batting sides are strong, the team who has the better bowling wins! Delhi Capitals will therefore defeat the Rajasthan Royals.

Prithvi Shaw scores a triple ton in Ranji Trophy; selectors to pick him for the New Zealand series?

IPL 2023: Sourav Ganguly is ready to join Delhi Capitals as the Director of Cricket