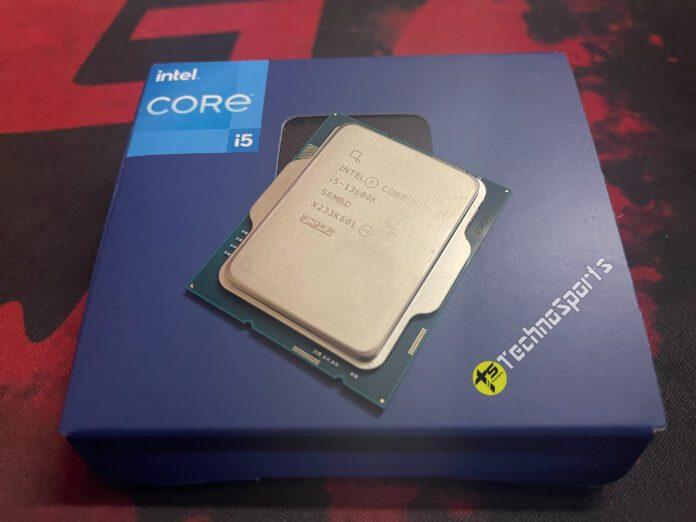 The Blue team has launched its newer 13th Gen Raptor Lake processors for some time now and we have got this Core i5-13600K chip to review which basically is the successor to the ultra-popular Core i5-12600K processor from last year. While we reviewed the former chip at the beginning of this year, our impressions were excellent because of its tremendous value at mid-range price levels.

AMD is still stuck to 6-cores but yes they are powerful this time, with Core i5-13600K, Intel has levelled up the game with 8 Efficient cores this time, doubling that from last time. Also, with some minor architectural improvements, increased cache and boost clocks, now officially providing over 5.1GHz speeds, this makes the new Raptor Lake chip a great successor.

Currently, this 14-core Core i5-13600K is retailing for around Rs.31k and KF variant is selling for around Rs.29k, this is a good price considering we know that the Z690 or B660 motherboard’s pricing has already dropped. However, this LGA1700 socket won’t be upgradable in upcoming years whereas AMD’s new AM5 motherboards are worth it for future usage.

So, let’s talk about all the perspectives and make a complete review of the new mid-range chip:

Thanks to MSI and Intel for sending out the components for review.

Previously as I said in my Core i5-12600K review, these new Intel chips boast a lot of cores and indeed they are powerful, good enough for most productivity work, and capable enough to give these new-age Ryzen 7’s problems. You will be surprised to know that along with all the improvements that Raptor Lake brings, it makes the existing cores even more powerful.

This results in great multi-core enhancements as well as single-core scores which again helps in gaming, but now, this Core i5-13600K draws a lot more power and could get heated up. So, anyone who wants to get this CPU into your system makes sure you have a proper cooling solution to get the best out of the CPU, we recommend a good air cooler or a liquid cooler for sure.

At first, we were also shocked to see the benchmark results but yes it’s true, the new Core i5-13600K is taking on the likes of the last-gen flagship Core i9-12900K. Here are the benchmarks for your reference:

As you see the 14-core monster that has very good mid-range pricing beats out almost all processors we tested last year, easily justifying its power & dominance. Performance may vary to various systems but overall, even with modest cooling you should get good results and cannot be overlooked.

So, overall, if you want to make an affordable yet powerful productivity PC, you can actually look out for this Intel Core i5-13600K processor.

Coming to gaming, Intel is also very serious about its gaming numbers as well and so the single-core improvements have helped them provide good frame rates be it any game possible. You can get or even a last-gen Core i9-12900k level performance for gaming which is sick already for a mid-range CPU.

Also, considering the low prices of these Intel motherboards, one can easily and effectively make a Gaming PC with this Core i5-13600K, however, the road to upgradability for future CPUs is limited. But if you decide to stick to this Gaming PC for years now and want to pair it with a good mid-range or even a flagship GPU you won’t feel any bottleneck.

Here is a quick reference of gaming benchmarks for your reference:

While we could use flagship GPUs to test this Core i5-13600K monster but considering what most gamers will actually use we paired it with our RX 6700 XT that got some really impressive numbers at 1080p. Be it any game, these are great numbers and as I already told the gaming performance is similar to the current Ryzen 9 or last-gen Core i9 level.

So, for any average to a medium-end gamer, this 14-core processor should easily do the job both in gaming and content creation. If you see in terms of cost-to-performance, this Core i5-13600K remains our favourite and most recommend Intel chip out of the new 13th Gen lineup.

Now, comes the biggest question of whether you should buy this Intel Core i5-13600K processor or not. Well, this depends on your usage basically, if you want to make a Gaming PC now and do not have any intentions for a CPU upgrade in the near future then don’t look anywhere and get this Core i5-13600K effortlessly.

However, going down the AMD route will be costly for the Ryzen 7000 ones whereas the 5000s will not even come close to this performance. So, for most gamers and productivity users, if you are on a budget and need a good mid-range CPU this should solve the purpose provided you are ready with enough cooling for this Intel chip.

The Blue team has launched its newer 13th Gen Raptor Lake processors for some time now and we have got this Core i5-13600K chip to review which basically is the successor to the ultra-popular Core i5-12600K processor from last year. While we reviewed the...Intel Core i5-13600K review: Continues where Core i5-12600K left off, gets even better