Images of Horizon Forbidden West leaked online ahead of its release 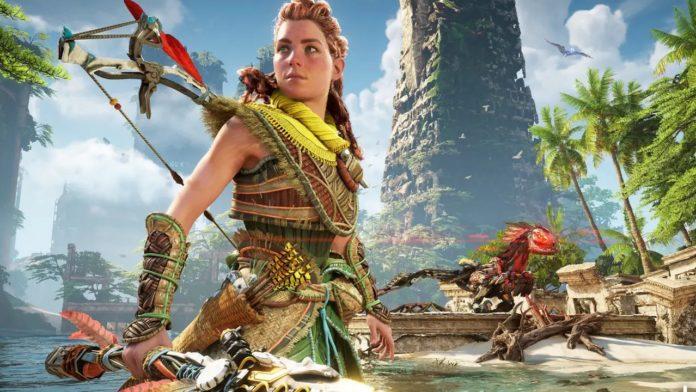 Horizon Forbidden West’s incomplete build has leaked online ahead of the game’s February 18 release date. Images purporting to be from a PS4 version of the game began circulating online this week, and the content is legitimate, according to VGC’s sources.

The leaked build is almost complete, and aside from a few missing art assets, it has all of the content currently intended for the next PlayStation exclusive’s final release. If you’re willing to risk reading spoilers in the text, you can see a couple of screenshots from the game by clicking this link.

Sony has pounced on any leaks so far, similar to what happened with The Last of Us Part II in 2020, and has sent takedown notices on any photos that have started circulating on Twitter. Although leaked gameplay hasn’t appeared on sites like YouTube yet, Sony is likely to move quickly to remove it from the video-sharing site and any other file-sharing sites holding the leaked content.

With only a few weeks until its formal release, the game’s marketing has begun to gain traction. A fresh teaser released last week showed off more of the people and tribes that live in Horizon Forbidden West’s world, while a previous trailer revealed deadly new robotic dangers like the Sunwing and the Slitherfang.

The next project from Guerilla Games looks to be aesthetically stunning on both the PS5 and PS4, with last-gen owners getting a free update when they upgrade to Sony’s current-gen machine.

Horizon Forbidden West: The Game Come with Such Highly-Desired Features