“Ghost Recon Frontline”: All the latest updates about the game 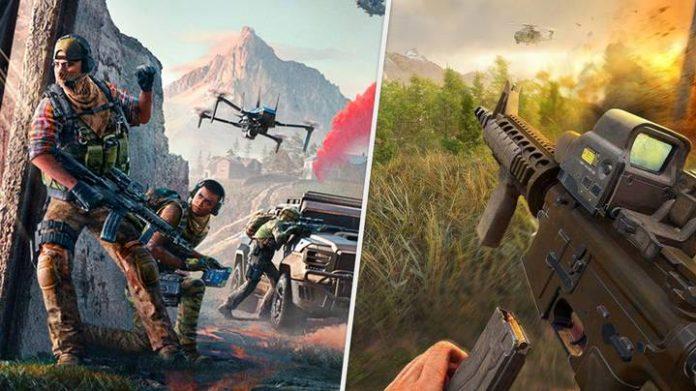 This year Ubisoft is coming with the latest battle royale block. It has been bucked with some common trends. We will be going to see another 100 players, free to play, multiplayer shooter, that revolves around one of the most popular franchises of Tom Clancy. At the time of the celebration of the live stream, it is the twentieth anniversary of the series. Ubisoft has exposed Tom Clancy’s Ghost Recon Frontline.

This game has been exposed with a trailer at the time of the twentieth anniversary with the live stream. It has been headed with the 200 player Expedition mode. The other modes of this game have not been revealed yet, this Ubisoft had teased about more things in the gameplay to be launch. During the gameplay, the players will be able to choose and also can switch in between several contractor classes.

In the first of the closed test, all the players will be accessed the assault, support, and scout classes. You can say it as a Far Cry with more intense, tactical, and also cooperative third-person gameplay for which this game is known. There have been some intriguing latest ideas for the fight royale genre, it has been seen if this game can recover from such negative stigma across its reveal.

The main mode of Ghost Recon Frontline is mainly an Expedition, a 100+ player, battle royale, and also provide the first-person shooter experience. It is very much similar to something that is like Escape from Tarkov and Warzone than Fortnite. In the expedition, the teams of three have to finish the target along with the map of the open world of Drakemoor Island for the collection of Intel.

After the collection of enough intel, players have to call for the extraction in the drop zone and will be escaping to conquer the match. There has no circle to converge in this Ghost Recon Frontline, so the players can explore any section of the map at any time. In this Players can also watch from where all the players are extracting.

As there are so many platforms, so there will be definitely a crossplay in between them. This cross-progression has not yet been confirmed, but it will definitely feature on the other Ubisoft games with the crossplay.

It is reported that the recently closed test is just for the PC. This game will also be at the major platforms of the gaming while it has been launched finally. This game will be available on Amazon Luna, Google Stadia, PC, PS4, PS5, Xbox One, and Xbox Series X at the time of release.

This game has not yet been confirmed the actual release date. It is reported that the first Closed Test will start exclusively in Europe on 14th October 2021. It will continue until 21st October 2021.

There are no North American tests or betas that have been fixed yet, but it is expected that we will soon get the chance for trying out the game sometime over the next year as part of its anniversary celebrations.