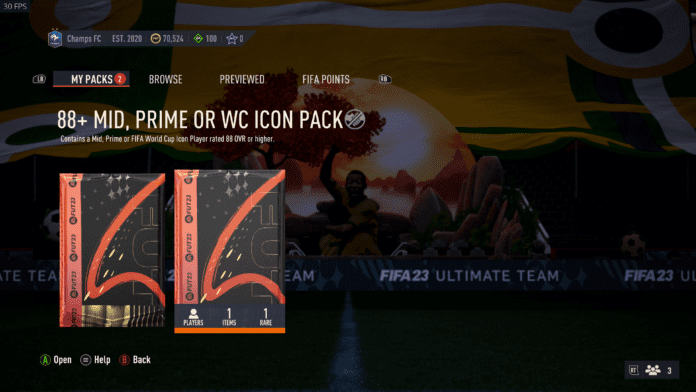 The Team Of The Year (TOTY) event is one of the biggest and most anticipated ones in any FIFA. In this promo, they introduce some of the highest-rated players in the game. So if you manage to get your hand on any of them, then you have most probably got the best player in your team.

Is the 88+ Prime, Mid or WC Icon Upgrade SBC worth doing?

One of the main dilemmas regarding the Icon Upgrade SBCs is whether you will get a good icon as this is not a player pick that you can choose from. If you manage to pack the Prime, Mid or WC version of Pele, Maradona, Ronaldo, Zidane, Cantona, Ronaldinho, Gullit, Cruyff, Daglish, etc it can be great for your FUT team. But in other cases, the value of your packed icon can also be less than the cost of the SBC.

I got 88-rated World Cup Icon RB Gianluca Zambrotta. The former Italian defender’s card is currently priced at around 600,000-650,000 FUT coins so, I managed to get a card worth 2x-3x of the cost of this SBC, which is a great value.

Let’s take a look at the stats of the card in detail.

The 88-rated World Cup Icon RB Gianluca Zambrotta has a 4* skill move and a 5* weak foot, which is great for a defender. It has a high attacking work rate and a medium defensive work rate which will help you to use him as an attacking fullback.

I applied an Anchor chemistry style on the card to make it a Lengthy card and also boost the attributes which are primarily needed for a defender.

The pace, defending and physical stats of this card is outstanding which makes him one of the best RBs in the game. It also has decent dribbling and defending.

The 88-rated World Cup Icon RB Gianluca Zambrotta card has slotted right into my team. So, for me, it was worth it to do the 88+ Prime, Mid or WC Icon Upgrade SBC.

Let us know in the comments below what did you get in the 88+ Prime, Mid or WC Icon Upgrade SBC.

Read: FIFA 23: How to do the 89-rated Martin Odegaard Premier League POTM SBC and is it worth doing?