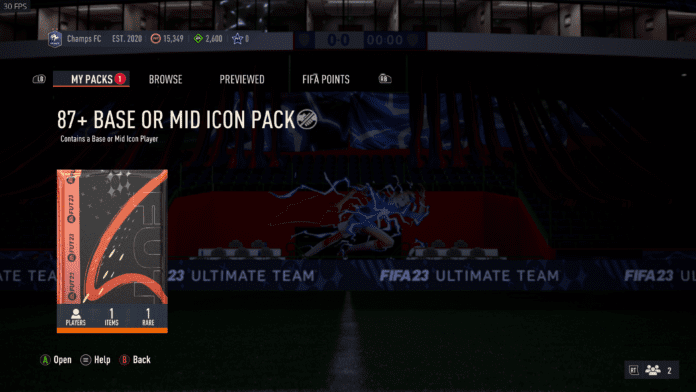 The FIFA World Cup Qatar 2022 is on us and the hype surrounding it is just insane! EA Sports also aren’t behind in celebrating the festival of football. They rolled out the World Cup update and from 11th November the World Cup promo is going on in the FIFA Ultimate Team mode. There are many contents planned for FUT, with the release of World Cup Path To Glory players, FUT 23 World Cup Heroes, etc.

In the midst of the World Cup content, EA Sports have introduced the Base or Mid Icon Upgrade SBC. It requires 3 squads.

Is the 87+ Base or Mid Icon Upgrade SBC worth doing?

The main dilemma regarding this 87+ Base or Mid Icon Upgrade SBC is whether you will get a good icon as this is not a player pick that you can choose from. If you manage to pack the Base or Mid version of Pele, Maradona, Ronaldo, Zidane, Cantona, Ronaldinho, Gullit, Cruyff, Daglish, etc it can be great for your FUT team. But in other cases, the value of your packed icon can also be less than the cost of the SBC.

My pack luck wasn’t that great and I managed to get 88-rated Mid Icon RB Javier Zanetti from the pack. The card is priced at around 300,000 FUT coins, so at least my the cost of my pack was earned.

The best thing about this card is its usability. You can use the card as an RB, RWB, LB and even a CM. I already had 89-rated TOTW RB Joao Cancelo, so I converted the card to CM. The High/High work rate is also good.

The card is decent if not on the level of the meta Icons. I have been playing him as a CDM, and he has been performing quite well for me.

Read: FIFA 23: How to do the 87-rated David Silva Flashback SBC and is it worth doing?