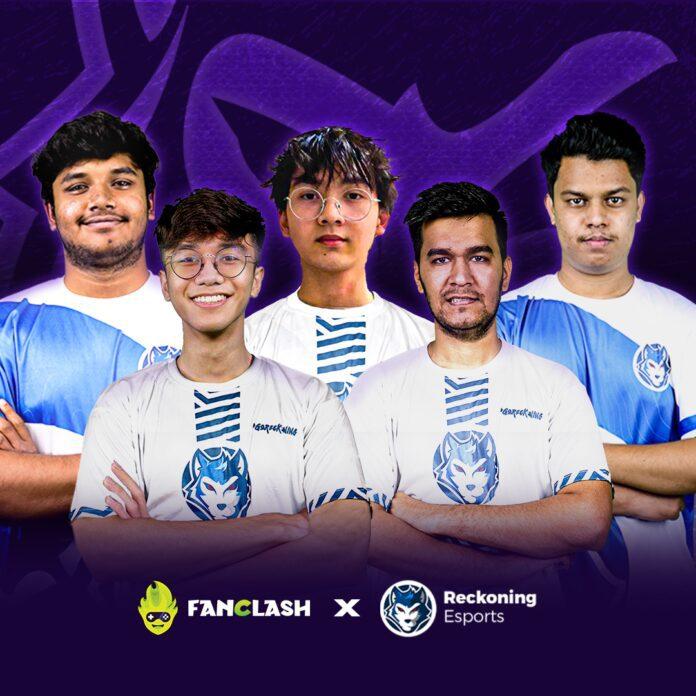 FanClash, Asia’s largest Esports Fantasy platform, has announced multi year partnership deals with South East Asia’s Top Valorant Teams, Reckoning Esports founded in 2016, known for its up and coming Valorant team and M42 Esports, a global esports and technology powerhouse. Valorant has seen a meteoric rise since the PUBG Mobile’s ban in 2020 and further now with the BGMI blockage, with several BGMI players and content creators, including MortaL, Jonathan trying their hand at this first-person-shooter game.

After successful associations with Velocity Gaming, first Indian team to represent the country on a global stage & Orangutan, an esports organization fostering top valorant talent, the new alliances forged is a significant step in the company’s mission to support the Valorant ecosystem and provide enriching content and experience for fans, players and community at large.

FanClash provides a platform which enables the esports viewers to engage actively with the world’s leading tournaments and teams by creating fantasy teams of real life players. These alliances are expected to have a positive impact on fan engagement, from watching pro athletes play esports to winning big in fantasy tournaments.

In recent tournaments, esports athletes such as V3nom from M42 and Rio from Reckoning have produced multiple ace moments. The affiliations were announced in an intriguing way on social media with the teams overhauling their social pages and releasing multiple teasers based on fantasy and illusion, created in a virtual world of games, keeping the fans curious and surprised at the same time.

Commenting on the association, Archana Sangaran, Marketing Head, FanClash said, “In 2022, Valorant game’s viewership in India saw a peak of 1.5 million viewers and further, the recent launch of the first ever Indian agent, Harbor 21, has been a real coming of age moment for India esports.“

“At FanClash, our mission is to provide a platform which enables the esports viewers to engage actively with the world’s leading tournaments and teams by creating fantasy teams of real life players. We are excited to partner with these stellar organizations – Reckoning, Revenant and M42 – that have been at the forefront of creating and supporting the Valorant ecosystem and thereby create exciting engagement opportunities for the fan community”.

Sharang Naickar, CEO and Founder, Reckoning Esports commented “We are really proud and happy to partner with a brand that is so driven to promote competitiveness in esports through fan engagement. Fanclash is a leader in the Esports Fantasy world and we share the same passion and legacy in the Esports industry. This partnership is something that has been in the making for some time and I am confident it will have a lasting effect in Asian Esports. Archana Sangaran and Prateek Yadav (Partnerships Lead, FanClash) extended the best support to ink this partnership.”