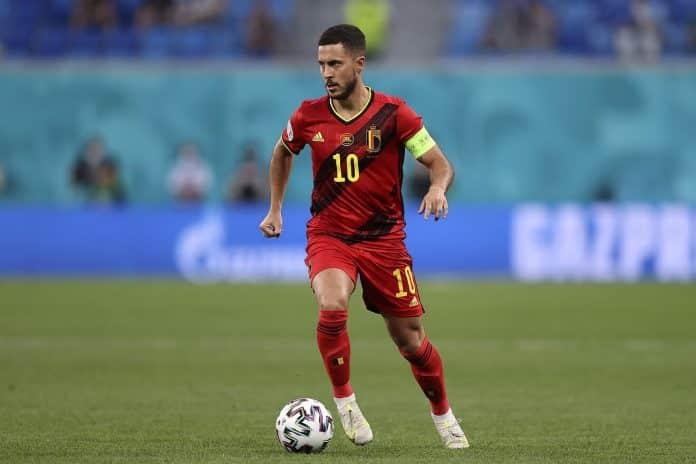 Eden Hazard has addressed a number of topics revolving his future in a press conference ahead of the World Cup. The winger was asked about his injury record, and was also asked about a transfer in January, alongside a potential return to Chelsea.

There have been rumours that Real Madrid want to sell him after seeing how badly his transfer has panned out. However, the Belgium captain has ruled out a move in the January transfer window.

Eden Hazard opens up on Chelsea links and injury record

“I won’t leave Real Madrid in January, impossible. But it could be possible in the summer. It’s up to the club: if they want me to leave, I will accept it”, Eden Hazard said.

“Madrid fans, I’m sorry. It’s not easy, I don’t play, I want to play more. I’m really sorry for what happened”, he added.

“At Chelsea, played hundreds of games, without injuries. At Madrid, I’ve all of these injuries. It’s something I can’t explain”.

“I was never close to returning or to leave Real Madrid in general. Chelsea have never called me”.

“Why are there always Chelsea links? No idea, honestly”.

The player said that he is hopeful about things changing at Real Madrid after the World Cup. And by the looks of things, his time at the Spanish capital depends on how his next few weeks play out with the Belgian national team.