“Dune”: The final trailer of Warner Bros this sci-fi film has been dropped 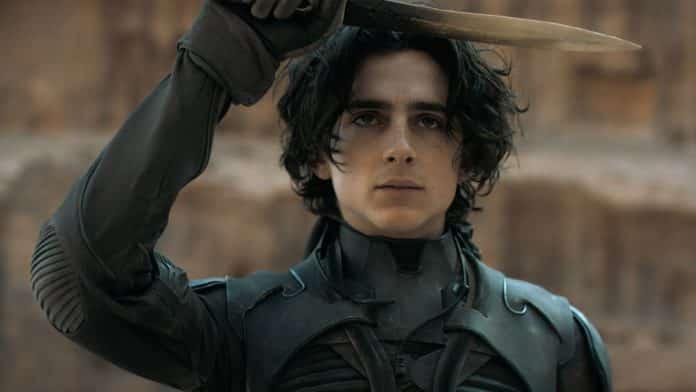 Warner Bros has dropped a final trailer for the film Dune. The trailer is now available in English and Hindi for Indian audiences. It is directed by Denis Villeneuve which is based on Herbert’s 1965 sci-fi novel. It has made the announcement that July 22 is the main release date of the new Dune trailer on social media channels.

It is a 15-second clip that has provided a close look to its main cast, in this Lady Jessica has told her son Paul Atreides that it’s the time or they may see Gurney Halleck who is the close friend of the Atreides family put his hand on Paul like his original father when his real father Duke Leto Atreides has told her another scenario as his son a great man does not seek to lead and he had called to it.

It also has a brief description about Dunkan Idaho, Chani who is the love interest Paul, and also the giant sandworms that have been inhabited the desert planet Arrakis.

While Dune has started far off the future there Arrakis is the main source of the most precious substance in this universe as it has been colloquially said in this novel. The humans will be got powers from the drug spice that will allow humans to live for a long time, think better and faster, and also travel faster than light along with the Dune Universe.

After being given the control of the spice mining operations to Arrakis by the Emperor, Duke Leto has taken his wife Lady Jessica, his son Paul and also his trusted advisor after even knowing that the entire thing is the trap of the enemies. Getting betrayed by Paul and Jessica has ventured out into the uninhabitable desert at the place where they have encountered the natives of Arrakis and the people of Chani, the Freman.

This film is featuring with Chalamet as Paul, Ferguson in the role of Jessica, Isaac as Leto, Brolin as Gurney, Momoa as Duncan, Zendaya will play the role of Chani, Skarsgard as the villain Baron V.

Villeneuve has been directed off the part that he had co-written with Jon Spaihts and Eric Roth. He is also the producer of Dune with Cale Boyter, Joe Caracciolo Jr., and Mary Parent. It is the production of theo Legendary Pictures and Warner Bros.

Here is the final trailer: