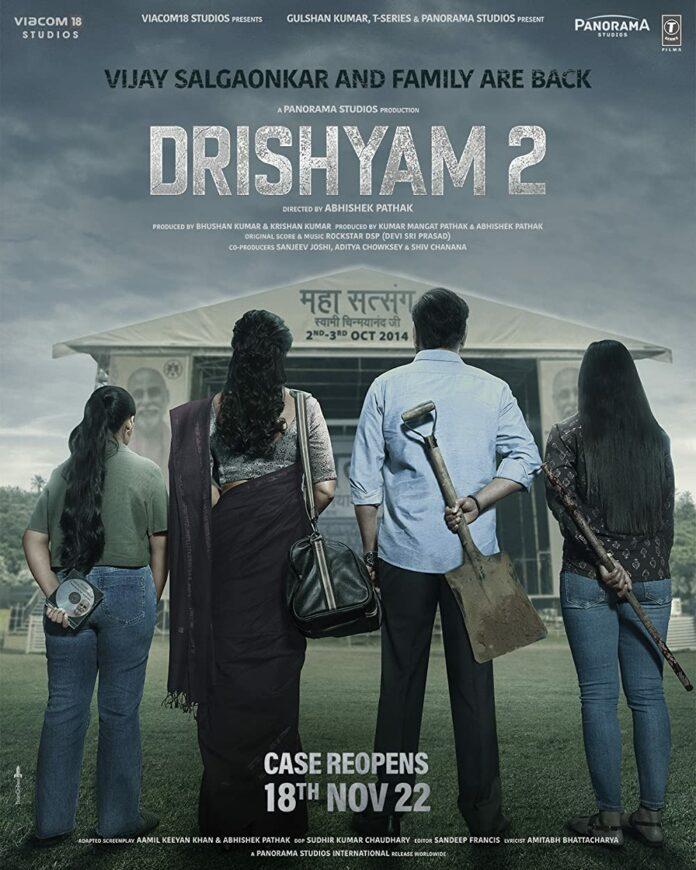 Drishyam 2 is going to be released soon on the OTT platform. It is a crime thriller and suspense movie based on a Malayalam movie of the same name. This movie is the sequel to the movie Drishyam which was released in 2015. Drishyam 2 was released on 18th November 2022 i.e. last Friday.

Drishyam 2 will also come soon on the OTT platform. It has come to know that all digital rights have been reserved by Amazon Prime Video. It has also come to know that movie is going to release on Amazon Prime Video. As soon as the movie hit the theatres, the talk about the OTT release has begun. The movie has become successful and flew with beautiful colors within the second week of its release.