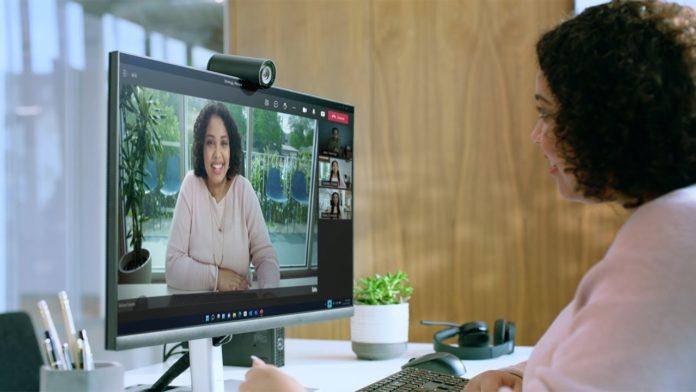 Last summer, Dell debuted their top-of-the-line 4K webcam to generally positive reviews. Its physical appearance, visual clarity, and 60 fps option were commended by critics. The less expensive model this year may forego 4K imaging, but it fills the main gap left by its forerunner.

Dell just unveiled a new webcam that is essentially the $200 UltraSharp 4K model’s younger sibling. The Pro 2K WB5023, priced at $135, can be a suitable choice if you don’t want 4K and want to save money.

Dell’s new camera has an inbuilt noise reduction mic to ensure that your conversation sounds clear despite the cheaper price. The absence of a mic on the 4K model is arguably its worst flaw.

When compared to Dell’s top-end model, the new one suffers from a few significant compromises. The obvious change from 4K to 2K in the maximum resolution comes first (2,560 x 1,440 pixels, AKA QHD). Both versions can only broadcast at 30 frames per second in their highest resolutions, but they can achieve 60 frames per second in 1080p or 720p.

The more recent webcam from Dell still has the digital overlap HDR technology of its predecessor for better auto exposure and light correction, although it only does this at 1080p.

Users who are concerned about FOV should also be aware that the Pro 2K only retains the 65- and 70-degree options, losing the UltraSharp’s 90-degree option. Its maximum zoom level is also lower, at 4x than the flagship model’s, which is 5x.

The Pro 2K’s sole USB port is a regular USB-A, whereas its predecessor included a detachable USB-C to USB-A adaptor. This is a final, much smaller sacrifice. Pro users should not forget to purchase a separate converter when using USB-C connections.

To eliminate grain and motion blur, the more recent model still uses 3DNR temporal and 2DNR spatial noise reduction. Along with the magnetic lens privacy cover, auto framing, which pans and zooms the field of view without physically moving the camera, is still functional.

Software like Skype for Business, Google Hangouts, Cisco Webex, FaceTime, Slack, GoToMeeting, BlueJeans, Google Meet, and Lifesize are all compatible with both cameras. Although they work with both Windows and macOS, the built-in Dell Peripheral Manager software is only compatible with Windows.