Best stocks like Netflix, Intel that are worth investing in 2022 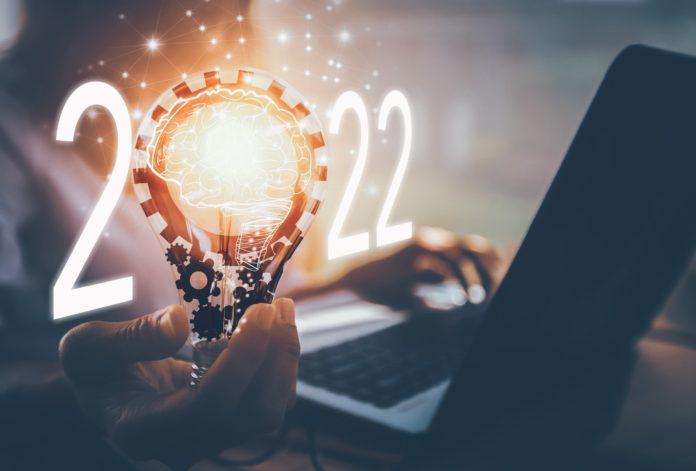 The threat of increased omicron cases, higher bond yields, and the Federal Reserve tightening its monetary policies sent stocks off to a shaky start in the new year.

Even seasoned investors may be perplexed by these macroeconomic considerations, especially when positioning their portfolios for the long run. Investors can use TipRanks, a financial data aggregation website, to look beyond short-term market volatility.

Wall Street analysts favour these five stocks because of their high long-term prospects.

Specialized semiconductors have been in high demand as a result of a surge in e-commerce and a strong acceleration in high-tech applications across practically all industries. Although Intel (INTC) is attempting to fill the local void, the vast majority of the 5nm wafers utilised in producing the chips are developed in East Asian foundries. The corporation has planned $25 billion to $28 billion in expenditures for new foundries and other new initiatives, led by CEO Pat Gelsinger, and analysts have taken notice.

Ivan Feinseth is one of such analysts, and he recently outlined a number of reasons for his heightened bullishness.

In addition to the ambitious expansion in footprint and output capacity, Intel has announced that its sophisticated driver-assistance systems subsidiary, Mobileye, would go public, which he believes will help INTC gain traction.

Feinseth upgraded the stock to a Buy from a Hold, and boosted his price objective from $68 to $72.

The Mobileye IPO “unlocks potentially huge shareholder value, offers extra funding for ongoing investment in key growth objectives, and furthers the businesses relationship in ongoing AV technology development,” according to the analyst. He estimates that the initial public offering will take place in the summer of 2022.

Intel will collaborate with its ostensible competitors to build even more sophisticated chips in the future. In addition, Intel Foundry Services (IFS), which was recently announced, will provide cutting-edge expertise to other companies’ production processes.

Feinseth stated that he believes Intel will reclaim its previous dominance in the data centre and cloud infrastructure areas.

Feinseth is placed #50 on TipRanks, out of a total of over 7,000 analysts. His stock picks have been correct 74% of the time, with an average return of 37.3 percent.

Netflix’s (NFLX) shares dropped as the streaming conflicts intensified. Investors have been turned off by poor engagement metrics and concerns about the streaming service’s foreign viability in the previous two months, causing the stock to drop significantly. However, the bulk of analysts are still upbeat.

One of them is Scott Devitt of Stifel Nicolaus, who noted that despite investor concerns, the company has done well in delivering popular content and has a strong pipeline that will see the company move away from its exposure to primarily video product offerings.

The stock was given a Buy rating by Devitt, with a $660 price target.

Netflix has been experimenting with video games and visual effects prospects in addition to its conventional business of streaming video content, according to the analyst. The company wants to diversify its revenue streams and set itself apart from other pure-play streaming businesses.

Meanwhile, he is bullish on NFLX for the long haul. According to Devitt’s estimates, the company’s total subscribers will expand by 50% by 2025 and 100% by 2030.

Devitt attributed the recent drop in share price to a rotation away from growth and tech firms, as well as “heightening investor focus on new streaming competition/utility of alternatives,” in addition to the engagement data statistics and foreign reach doubts. Despite the fact that he seems unconcerned about Netflix’s business fundamentals.

Devitt is presently ranked #177 out of more than 7,000 experts fighting for the top ranks for his work. His ratings have resulted in success 62% of the time, and he has averaged 35.3 percent returns.

Everyone in today’s digitally altered world requires a website. However, until lately, publicly-traded domain registrar GoDaddy (GDDY) had remained pretty stable over the last year and a half. According to its filing, activist investor Starboard Value purchased a 6.5 percent interest and stated that shares were cheap and “provided an appealing investment opportunity.”

Brent Thill of Jefferies, who shared Starboard’s optimistic outlook and argued that GoDaddy represents a “top value play among website builders,” revealed his hypothesis on the topic. GDDY underperformed both the S&amp;P 500 (SPX) and the Nasdaq Composite (NDX), but the analyst sees this as just another reason to invest.

Thill gave the stock a Buy rating and a $110 price target.

He likes GDDY because of its “consistent execution, double-digit organic sales growth, excellent uFCF creation, and appealing price,” according to him. Thill is upbeat, despite the fact that the stock has risen more than 8% since the transaction was announced.

Furthermore, as 2022 progresses, GoDaddy’s expenditures in innovation are expected to function as tailwinds.

The company’s product advancements, particularly in Hosting and Presence, payment, and “omnichannel commerce solutions,” have been prioritised by the company’s two-year-old CEO.

Out of nearly 7,000 professional analysts, Thill is ranked #314. He has been successful 60% of the time and has averaged 28.2 percent returns.

The world’s most valuable firm by market capitalization recently passed another milestone, surpassing a $3 trillion valuation. Apple (AAPL) is seeing significant demand and has been executing on record sales as a result of its large product cycle headed by the iPhone 13. All of this is happening in the midst of a global semiconductor shortage that is mostly hitting smartphone makers.

Dan Ives of Wedbush Securities reiterated his bullish outlook on the company, predicting that as chip and component shortages ease through 2022, the smoother supply chain will serve as an upward catalyst for Apple. He was also optimistic about the company’s growing Services business, as well as its upcoming product advancements.

Ives gave the company a Buy rating and a $200 price target.

According to the analyst, consumer demand is expected to outstrip supply by 12 million units, and Apple has already sold over 40 million units over the holiday shopping season.

In terms of its Services division, Ives estimates a $1.5 trillion addressable market. There are numerous ways to profit from “the Apple golden installed base,” which is expected to reach $100 billion by 2024.

Aside from the iPhone and more traditional product cycles, Apple has already hinted at a possible automotive offering for 2025, which may give the corporation a leg up over more embryonic electric vehicle players. Ives also revealed that Apple’s “much anticipated AR headgear Apple Glasses” will be released in the second half of the year, giving the company access to metaverse revenue sources.

Out of almost 7,000 professional analysts, Ives is ranked #60 by a financial data aggregator. His predictions have been correct 74% of the time, and he has averaged 51.8 percent returns.