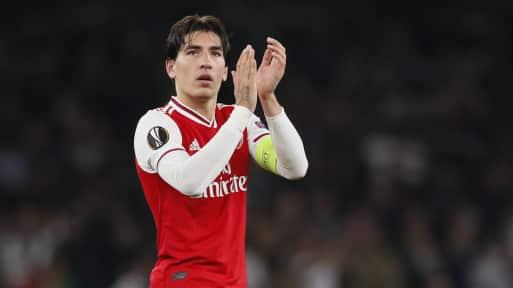 FC Barcelona presidential candidate Joan Laporta is considering a move for Arsenal right-back Hector Bellerin. The Spanish right-back is one of the prime targets of Laporta in the next summer transfer window.

FC Barcelona’s presidential election is scheduled to happen next month. Before that, Laporta has already started to reveal his plans.

Hector Bellerin joined Arsenal Youth Academy in 2011 from ‘La Masia’ academy. He was brought by former Arsenal manager Arsene Wenger. Bellerin was promoted to the first team in 2013. He is now one of the regular first-team members in the past few years.

The Spanish international has played 219 games for Arsenal and scored 8 goals for them. The 25-year-old is the second La Masia product after Cesc Fabregas to succeed at Arsenal. Bellerin has won 3 FA Cup with Arsenal in his career.

According to the report in Spain, an agreement has already been placed with Bellerin’s representative and his boyhood club, FC Barcelona for a value of £22 million. FC Barcelona is confident to complete the deal soon.

FC Barcelona has sold Portuguese right-back Nelson Semedo to Wolverhampton Wanderers last summer. Since then there is a deficiency of proper right-back in the team. Hector Bellerin can be a perfect addition to that position.

On the other hand, Arsenal are not in a good form this season. The Gunners are now 15th in the table with 14 points from the first 14 games. If Bellerin leaves then it will be a great loss for them.