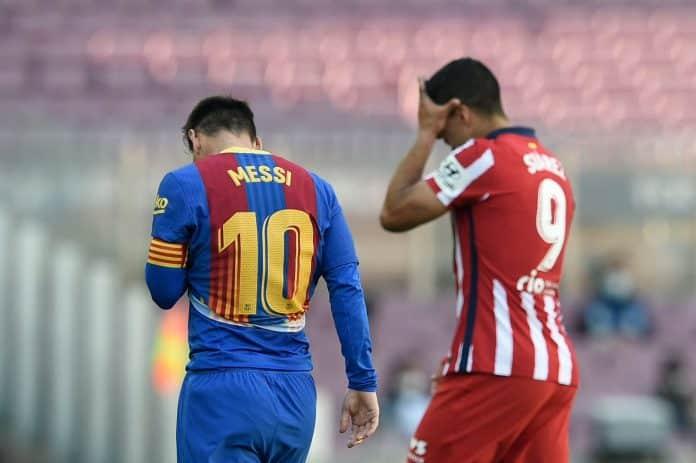 Luis Suarez returned to Camp Nou to face off against his old club, Barcelona but could not find the back of the net for Atletico Madrid. Neither could his former, or current teammates, as the two played out a 0-0 draw.

Leo Messi arguably had the best chance of the game when he went on a solo run across Atletico’s half that has become the standard of excellence for the six-time Ballon d’Or winner. However, Jan Oblak showed his brilliance as well, denying the Argentinian of a goal by pulling off a brilliant save.

While both teams created chances against each other, none of them were converted and both teams share a point each. Barcelona are currently second with 75 points while Atletico Madrid remain at the top with 77 points.

Real Madrid will have the chance to go at the top of the LaLiga table, as they now have 74 points and three points tomorrow could see them level on points with their city rivals and into top place. However, it is unwise to rule out Sevilla who have shown their quality time and time again this season.

The title race becomes even more ambiguous now that neither team from today has been able to find the killer instinct to go ahead. Barcelona face Eibar, Celta Vigo and Levante in their last three fixtures. On the other hand, Atletico are drawn against Real Sociedad, Real Valladolid and Osasuna and clearly face the more difficult ties.