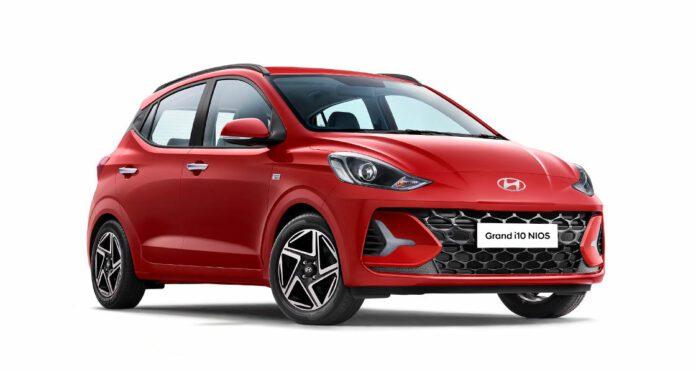 Hyundai, the South Korean automobile manufacturer is one of the highest-selling car brands in India, competing with Maruti Suzuki and Tata. They have done quite well in the Indian market, thanks to their well-designed and feature-loaded cars along with well-refined engines and decent mileage.

i10 has been one of the best-selling cars for Hyundai over the years. They launched the Grand i10 NIOS in India back in 2019. It immediately caught the eyes of the Indian market and has been doing very well till now. It has featured frequently in the list of top-selling cars in India. Grand i10 NIOS and its sedan version Aura, both generated huge sales for Hyundai and are not showing any signs of downfall, so the car manufacturer has decided to give them an update to meet RDE (Real Driving Emission) norms.

An update was already due for the car launched 3 years back and along with the Phase II of BS6 Norms set to kick in from April 2023, Hyundai has finally given it an update. The new Grand i10 NIOS facelift has finally been revealed by Hyundai ahead of the ongoing Auto Expo 2023. The company has already started taking bookings for the car for only Rs 11,000.

The new Hyundai Grand i10 NIOS facelift is basically unchanged from its previous version in the mechanical front but it has major safety updates along with a few cosmetic changes. The front grille along with the LED DRLs has been given an update. The side profile has remained the same. However, the rear profile of the car has now got an updated look. The classy connecting-type led tail lamps enhance the overall look of the car.

The interior has also been given a cosmetic change and now you can get a black interior with spark green/red inserts.

One of the major safety updates in the car is the inclusion of 4 mandatory airbags (Front Airbag – Driver & Passenger and Side Airbag). It also has an option for 6 airbags which include the curtain airbag.

Along with the previously available colours, Hyundai has now introduced the Spark Green colour option. The prices will increase and is expected to be in the range of Rs 6 lakh-9 lakh (ex-showroom). It will comptete with the Tata Tiago and the Maruti Suzuki Swift and is expected to perform really well in the Indian market with all the new features added.

Read: From Mahindra to Hyundai and MG, Here are all the upcoming cars launching in January 2022

Auto Expo 2023: near completed Tata Curvv midsize SUV made its debut at the event