Arsenal vs Tottenham Hotspur: The history behind the North London derby 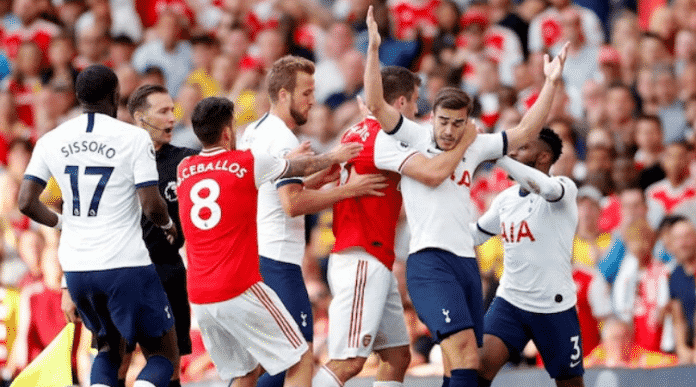 Arsenal vs Tottenham Hotspur is one of the most highly anticipated derbies in the Premier League calendar and is a fixture with a fair amount of history attached as well.

Following the expansion of the first division of English football by two teams after the Second World War, Arsenal and Spurs managed to take their rivalry to another level, with both teams competing in the first division.

Chelsea and Arsenal were the two clubs voted in by the others to join the First Division at a time when Arsenal were sixth in the second division. This was when Spurs fans lost it, and the bad blood started going out of hand between the two clubs.

It has since evolved into a different kind of derby with the transfer saga involving Sol Campbell in 2001 only adding fuel to the fire of hatred between the two London clubs.

The fixture has been played 188 times with 77 wins for Arsenal, 60 wins for Tottenham and 51 games drawn. David O’Leary of Arsenal is the player with the most number of appearances in the North London derby, while current Spurs forward Harry Kane has the highest number of goals, with 11 scored against Arsenal in all derbies.

The fixtures in the Premier League are contested twice every season with games being played once at the Emirates Stadium, where Arsenal are at home and once at the Tottenham Hotspur Stadium where Spurs are at home.

- Advertisement -
Powered by JustWatch
Share
Facebook
Twitter
Pinterest
WhatsApp
Linkedin
Previous article
Barcelona to loan out Carles Alena till the end of the season
Next article
Samsung Galaxy M02s is all set to launch on January 7, priced under INR 10,000