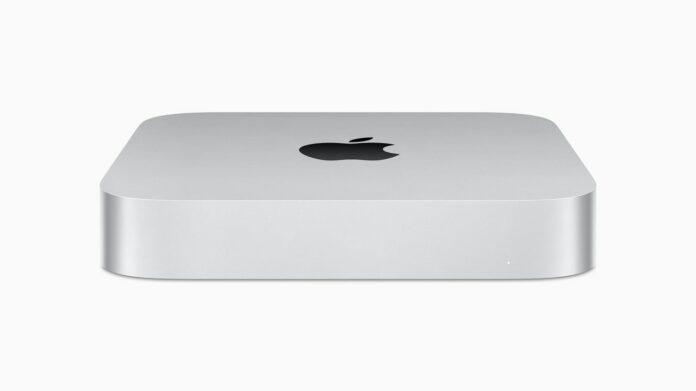 The MacBook Pro 14, MacBook Pro 16, and Mac mini have been announced by Apple. The new Mac lineup is powered by new M2 family chips, M2 Pro and M2 Max. According to Apple, the new MacBook Pro models can perform up to 6x faster than the fastest Intel-based MacBook Pro and support up to 96GB of unified memory. The Mac mini (2023) with the M2 chip now costs Rs 59,900, with an upgrade to the M2 Pro chip costing Rs 1,29,900.

The M2 Pro chip, according to Apple, provides enhanced performance, more unified memory, and advanced connectivity, including support for up to two displays on the M2 model and up to three displays on the M2 Pro model. It works with the Studio Display and Magic accessories, and it boots macOS Ventura.

The M2 has two Thunderbolt 4 ports, while the M2 Pro has four Thunderbolt 4 ports. For wireless connectivity, both models have two USB-A ports, an HDMI port, a gigabit ethernet port with a 10GB option, an upgraded headphone jack, Wi-Fi 6E5 and Bluetooth 5.3.

Apple stores and Apple authorised resellers will begin selling the product on January 24.

The Apple M2 chip was first announced last summer. This second generation 5-namometer chip outperformed the M1 by having an 18% faster CPU, a 35% more powerful GPU, and a 40% faster Neural Engine. This supports up to 24GB of unified memory and has 50% more memory bandwidth than the M1.

The M2 Pro expands on the M2 chip’s architecture, with an up to 12-core CPU and up to 19-core GPU, as well as up to 32GB RAM, or what Apple refers to as fast unified memory. The M2 Max is the next step up from the M2 Pro, with an up to 38-core GPU, up to 96GB of unified memory, and twice the bandwidth. A faster 16-core Neural Engine is also included in the M2 Pro and M2 Max.

The M2 Pro is said to be up to 80% faster than Intel chips in MacBooks when rendering titles and animations in Motion, 2.5x faster when compiling in Xcode, and up to 80% faster when processing images in Adobe Photoshop. The performance difference between the M2 Max and the fastest Intel chip in a MacBook is even more pronounced – as much as 2x faster with colour grading in the DaVinci Resolve app, and as much as 6x faster with effects rendering in Cinema 4D.