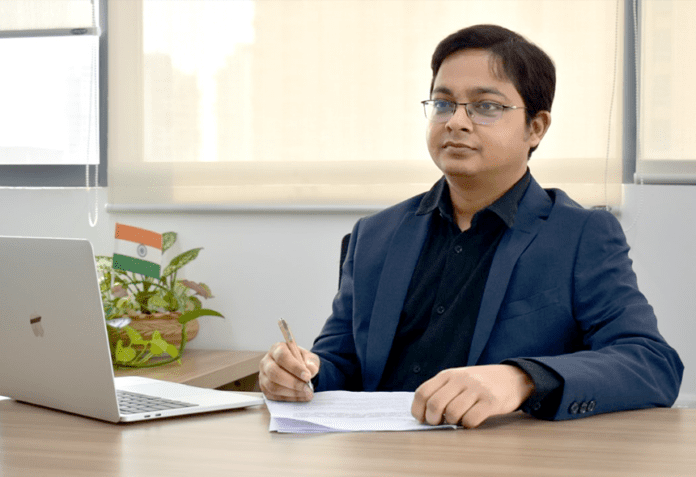 Established in 2016, Witzeal Technologies is a new age gaming technology company that specializes in creating and introducing futuristic games and features in the real money gaming (RMG) segment.

Besides, the platform recently also introduced one of its kind, video chat feature for live Indian gamers. The feature allows Indian gamers to interact and participate in games through live video.

The brand’s core lies in the novel features, user experience it offers and has created a unique ecosystem for all gaming enthusiasts in India. Over the years, the platform has seen an astounding success story with 25+ million users and over 1.5 million active users monthly.

Establishing trends in the Real Money Gaming (RMG) segment with its wide range of games, Witzeal has been working tirelessly to become a leading force in the gaming industry. Additionally, the company is also a member of the All India Gaming Federation (AIGF) and follows the Skill Games Charter.

In an exclusive interview with TechnoSports, Ankur Singh, CEO & Founder of Witzeal Technologies tells us about the expected growth of the online gaming industry by 2025

India’s online gaming industry looks promising to say the least. The user base is changing dramatically as a result of the industry’s growth and the increased public knowledge of it. According to a KPMG report, India has 433 million gamers in 2021, and by 2025, that number is predicted to rise to 657 million. Users are increasing from all over India, adding diversity to the user base and causing a dramatic shift in user requirements.

Having said that gaming in India is now being viewed beyond a mere source of entertainment leading to the need for a more customized gaming experience. The industry is witnessing emerging professional players as the skill-based gaming have been proved to amplify the cognitive skills such as decision making, rational thinking, team building, time management and as such.

Additionally, it has become a crucial platform for gamers because of a number of favourable factors, including the government of India’s “Digital India” initiative, which encourages and helps people across the regions to use internet at affordable rates, a young and tech-savvy population, the sophistication of digital payments, and overall technological development. Because it provides variety, a positive user experience, and appeals to all age groups, real money gambling is popular and desired among players. RMG provides a number of incentive programmes (including cashbacks, referrals, and discounts) that are designed after analysing customer appeal and interests using data and algorithms.

It is a great time to be level playing in this sector. The online gaming industry is expanding quickly and is expected to continue doing so. We anticipate that the online gaming sector will continue to expand quickly in the years to come as a result of innovation supported by new technologies and tailored experiences. Emerging developments in the nation’s gaming business include the use of freemium games, Platform as a Service (PaaS) adoption for quicker game creation, Augmented Reality (AR) and Virtual Reality (VR) technologies, Machine Learning (ML), and Artificial Intelligence (AI).

Players can experience more realistic and engaging gameplay as developers roll out new advancements. Tech-oriented features are anticipated to be in demand since they can considerably boost player engagement and enhance their inclination to engage and explore more on the platform. These features include 3D scanning, facial recognition, voice and gesture control, and others.

The online gaming industry in India is growing at a break-neck pace opening up numerous avenues for employment and revenue generation. The gaming industry is all set to surpass $182 billion by 2025, as per the recent report. On the brink of a new revolution in online gaming, AR and VR have let the consumers have a unique experience, as you find yourself entirely detached from your actual surroundings and can have an immersive gaming experience sitting in any corner of the world.

The Indian online gaming market is expanding quickly, creating a wide range of employment opportunities and revenue-generating opportunities. According to a recent research, the gaming industry is expected to reach $182 billion by 2025. On the cusp of a new revolution in online gaming, AR and VR have given users a singular experience. It encourages players to interact with each other to build better relationships thereby establishing a social network of gamers.

We specialise in creating and introducing futuristic games and features in the real money gaming (RMG) segment. Along with the rise in the online gaming industry in India, Witzeal had its breakthrough with the launch of Big Cash multi-gaming platform in the year 2017. Witzeal’s flagship product “Big Cash”, multi-gaming platform offers 17 skill based real money games (RMG) in Cards, Fantasy, and Casual segments, all developed in-house. The Card games include; Poker, Rummy and Call break. The Casual games include; Cricket, Car race, Fruit chop, Soccer, Egg toss, Knife Hit, 8-Ball Pool, Bulb Smash and more. The fantasy gaming includes; Cricket, Football and Kabaddi.

We at Witzeal, have always aimed to stay ahead of the curve by constantly innovating our products and provide a distinct gaming experience (video calling, VIP, gifting etc). All of the games on our multi-gaming platform, Big Cash, are designed and developed in-house. The in-house built games enable us to give a personalised gaming experience to our players while maintaining a high level of security.

Witzeal has a wide range of games which are all developed in-house; which improves player digital security while allowing developers to be creative and innovative, creating a distinctive user experience. Since the games are internally generated, they support the government’s “Make in India” and “Digital India” objectives, expanding the market for web developers. Moreover, the payments made by the user is via digital mode and a concrete platform for money transactions amplifies user trust. This has boosted players affinity and has also increased user-trust. We take pride in mentioning that our app is the one of the lowest size which occupies abysmal space on our users mobile.

Moreover, we have recently launched skill-based Ludo entering into the segment of board games. We have around 70% of users playing casual games and around 30% players in card and fantasy games. We are also an active member of the All-India Gaming Federation (AIGF) and follow the self-regulation skill games charter that covers all aspects of the online business process.

While the RMG sector of the online gaming market is still expanding, we think that in the future, innovation and the personalization of experiences will be the major themes that will support the expansion of the Indian gaming market as a whole. This market’s expansion in the upcoming years will also be aided by the uptake of emerging technologies like 5G, 360-degree video, and augmented, virtual, and mixed realities (AR/ VR/ MR). The launch of 5G would propel India’s gaming market to new heights. Not only would it increase the speed of mobile internet, but it would also significantly help to reduce congestion.

Future prospects for cloud gaming in India are bright. A user can play the games of their choosing using cloud-based technology, providing a wide range of gaming possibilities, security, and compatibility without needing to make a significant investment in computers and gaming consoles.

Moreover, the AVGC task force set-up proposed by the government is anticipated to fuel the growth of the industry. Witzeal is all set to sail and grow with the industry. We have been increasing our leadership team and expanding the strength in order to cope up with the increasing demand. At present, Witzeal stands strong with a headcount of over 65 members working together towards a common goal of disrupting the online real money gaming segment.

Mr. Ankur Singh is the Founder and CEO of Witzeal. With an aim to build a first-of-its-kind multi-gaming platform, Ankur started the company in 2016.

Today the platform is technologically adept and a gamechanger in the industry. Being a first-generation entrepreneur, he aims for a more immersive and realistic gaming experience through technological innovations on the platform.

Ankur is determined to constantly upscale and envisions to lead his passion to launch state-of-art products on a platform that is robust, safe, and scalable.

Prior to venturing on its own, Ankur worked with U2topia Mobile for four years as their Technical Lead. He is a graduate of Uttar Pradesh Technical University where he completed his B-Tech in 2012.

Online Gaming industry experts tell us about their Pre-Budget expectation