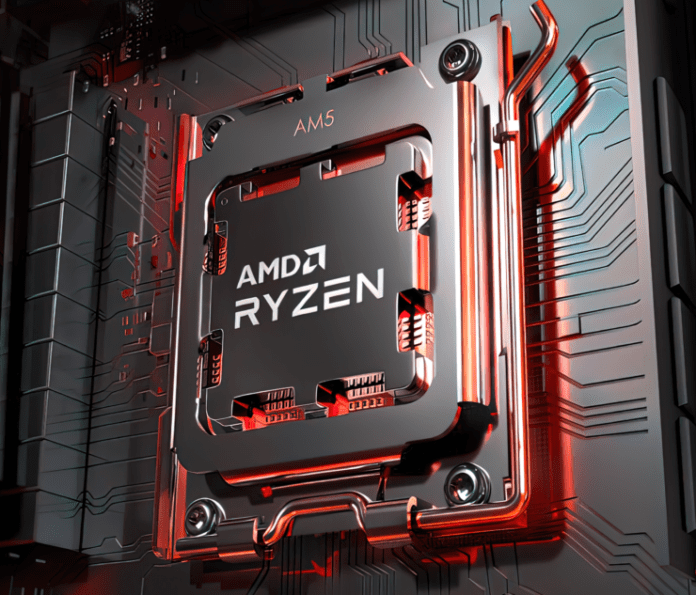 The Ryzen 9 7900 and the Ryzen 7 7700, two forthcoming AMD Ryzen 7000 Non-X CPUs, have been confirmed and leaked by Lenovo. There are no surprises in the AMD Ryzen 7000 Non-X CPU lineup. We already discussed the rumoured costs of three SKUs that will be coming to the AM5 platform, and it appears that Lenovo is further confirming through this leak that these chips are shortly going to be found in OEM PCs and consumer desktops.

Only AMD’s “X” series SKUs have been released so far in the Raphael “Zen 4” family. These components are targeted towards enthusiasts and competitive gamers, although the Ryzen 7000 CPUs will inevitably receive Non-X components, just like all generations before them. Although the corporation hasn’t formally announced the release of any Non-X chips yet, we are aware that further chips, in addition to the 3D V-Cache components that are anticipated to be unveiled at CES 2023, will soon be available to consumers.

Three different models of the AMD Ryzen 7000 Non-X “Zen 4” CPUs will be available. The Ryzen 9 7900, Ryzen 7 7700, and Ryzen 5 7600 are some examples. These will come equipped with a 65W TDP by default with somewhat slower clock rates than the normal X processors. Let’s start with the requirements, then.

The CPU will cost $429 US at retail, which is $120 US more than the Ryzen 9 7900X. Although the base clock has not yet been determined, the boost clock has been reduced by 200 MHz, this 12-core chip still looks amazing, and we can already see many people upgrading to this sub-$500 US 12-Core Zen 4 processor.