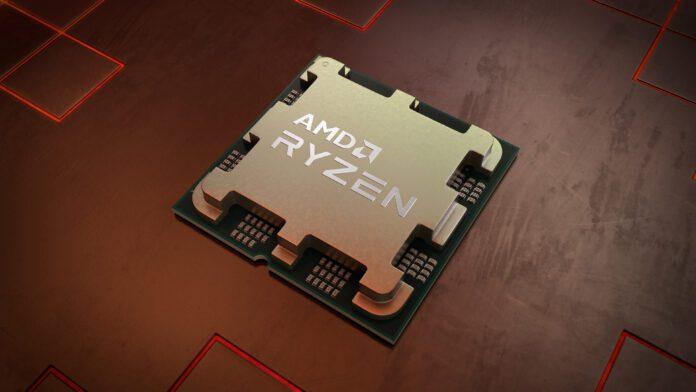 The Zen 4 core architecture was first introduced in AMD Ryzen 7000 CPUs, and the 3D V-Cache will be introduced in Ryzen 7000X3D processors for the first time. Let’s see what the CPU lineup has in store for us since it is anticipated to be released in the first half of 2023.

AMD unveiled the Ryzen 7 5800X3D earlier this year. This CPU was created to provide gamers with the best value and performance by utilising 3D V-Cache technology, which enables AMD to stack sizable cache pools on top of Zen chiplets, boosting performance in bandwidth-constrained games and applications.

Reviews revealed a significant improvement in gaming performance that at the time matched or even surpassed Intel’s fastest CPU, the Core i9-12900K, so the benefit was immediately apparent. AMD intends to do the same with the Ryzen 7000X3D components, giving gamers an additional boost that might make AM5 the fastest gaming platform.

The Ryzen 7 5800X3D, AMD’s first 3D V-Cache CPU, was only available in this one variant. AMD is reportedly planning to provide more than one SKU for the Ryzen 7000X3D. There is still room for 16-core and 12-core variations, despite current reports pointing to an 8-core and 6-core model. Although it is impossible to predict exactly how many variations will be offered, we can assume that a full 3D V-Cache lineup will consist of four SKUs with 16, 12, 8, and 6 core SKUs.

The quantity of 3D V-Cache that would be present on each variation is the other topic for discussion. On a single CCD, the first 3D V-Cache chip had 64 MB of stacked cache. We would receive up to 96 MB of L3 cache on the single CCD and 192 MB of L3 cache on the twin CCD SKUs if AMD were to maintain the same cache count. We are unable to confirm AMD’s ability to deliver more stacked cache on their more recent CPUs at this time.

The overclocking support is a further essential topic. There were no tuning choices available for the first-generation 3D V-Cache CPUs, and the voltage options were locked (and could only be unlocked by specific motherboard vendors using BETA/Non-Public BIOS). Although overclocking was disabled for the initial chip, AMD’s Robert Hallock (Ex-Head of Technical Marketing) said that AMD may have future versions of 3D V-Cache CPUs that may support overclocking like any other CPU.

Along with overclocking, another compromise was slightly slower clock rates, which may still exist on AMD Ryzen 7000X3D CPUs given that the performance boost from cache more than makes up for the losses caused by the slower clocks.

Although the competition currently tends to offer a little bit greater performance and better value, AMD currently markets its Ryzen 7000 CPUs against the 13th Gen Raptor Lake CPUs with ease.

In comparison to non-3D parts, the AMD Ryzen 7 5800X3D improved performance by up to 40% and an average of 15% across a number of games. If AMD optimises the 3D Stacked cache and makes it operate slightly faster than the current cache, we may witness a similar performance improvement. The X3D processors would be far ahead of the Intel 13th Gen lineup if performance saw a comparable or somewhat larger performance gain. However, without benchmarks, we are unable to confirm any of the performance claims at this time, thus it is preferable to wait for additional details.