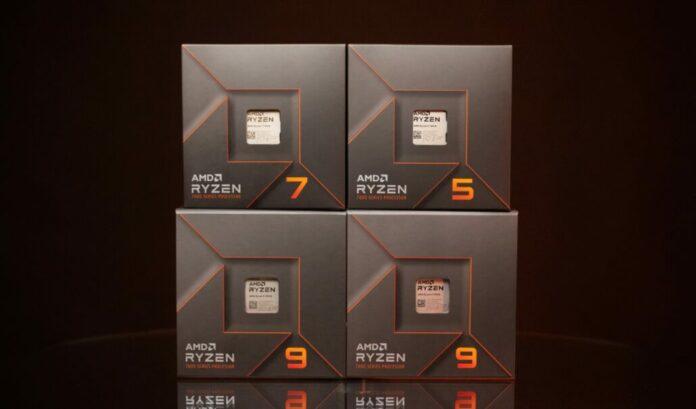 AMD has been losing market share to Intel in the Steam Hardware Survey data off late until October but suddenly in November 2022, things drastically changed for Team Red. As you see AMD now boasts a 33.35% PC processor market share while Intel gets 66.65%, which is a huge turnaround of around 3% in a month.

We can assume this to be a major impact on AMD’s new Ryzen 7000 desktop processors which are being received quite well by consumers after the price cut. So, people are flocking to the new AM5 platform, which for now costs more, but will give a better upgradability path down the years.

Also, thanks to the reduced pricing, the price-to-performance ratio of these Ryzen chips has gone up significantly which has again urged new gamers or existing ones to go for these high-performing chips based on 5nm. On top of that, AMD has also cut prices of its existing Ryzen 5000 series to appeal to gamers who do not want to spend much, also with lower costs of the AM4 platform, people are enjoying on both sides.

Considering the fact most PC gamers are Windows users, as you see in the breakup of the PC processor share in November 2022 by Steam Hardware Survey, you will see the team Red has gained almost 4% share while the team Blue lost the same. A lot of older Intel chips have been replaced as you see in the graph and AMD has kept increasing its market share across all varieties of PC processors.

Overall, while we expect a great tussle between Intel and AMD in these upcoming months, team Red has an edge because of its price and a new platform while Intel is looking stronger than ever in terms of its product portfolio.