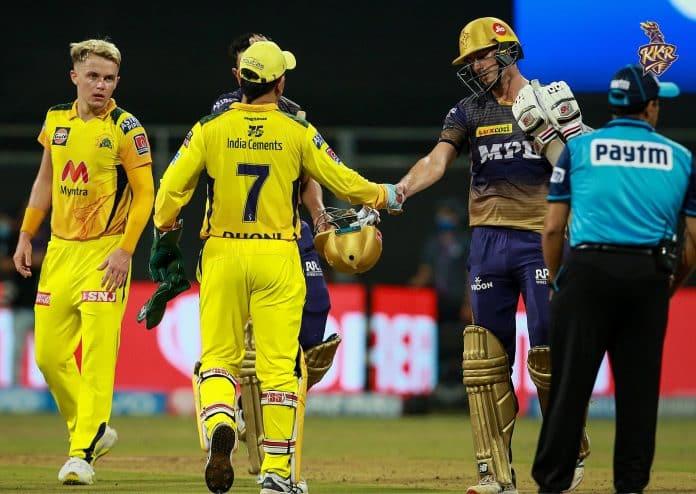 Kolkata Knight Riders won the toss and opted to bowl first. CSK batsmen did an excellent job. Both the openers gave a perfect start to CSK. Ruturaj Gaikwad [64 of 42] and Faf du Plessis [95 of 60] both scored a half-century. CSK set a target of 221 runs for KKR to chase.

After the match, Eoin Morgan said, “It’s (pulse) quite high at the moment. What a hell of a game of cricket. Certainly from the position we were in after our powerplay, we probably didn’t think we’d get as close as we did. But Andre Russell, Dinesh Karthik really did put a partnership together, once you do that taking advantage of the conditions here, it’s very difficult to stop. A partnership going in that manner and then following that Pat Cummins the way he played really gave us every chance towards the end.”

The winning skipper, MS Dhoni said, “Quite easy in a game like this. From the 16th over onwards the contest was between the fast bowler and the batsman. You can’t do too much. Can’t put a different field. It’s about you vs me. The side that has one is a side that has executed slightly better. But if they would’ve had more wickets, could’ve been different.”