“Doctor Strange in the Multiverse of Madness”: The New Trailer Reveals Things Just Got out of Hand 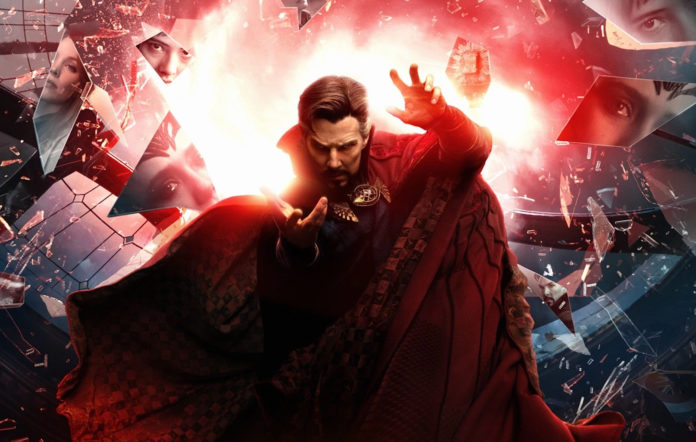 MCU has unveiled the most awaited new trailer ‘Doctor Strange in the Multiverse of Madness’.  Phase 4 has come a  long way after the beginning. It seems that 2022  will be going to be more intense along with the Marvel Multiverse. We have seen in Spider-Man: No Way Home that reveals the three generations with the web-slinger that arrive together.

The latest Doctor Strange sequel will continue the trend. The new Benedict Cumberbatch featuring film reveals the sorcerer Supreme deal along with his own Multiverse storyline. The latest footage teases the psychedelic adventures inside the Multiverse and also about the alliances Stephen Strange for survival.

After seeing the first trailer in 2021, it has been confirmed that Cumberbatch will play double duty by playing at least two iterations of Doctor Strange.

Doctor Strange in the Multiverse of Madness: Plot

The new trailer of the film reveals that Doctor Strange is messing constantly around space-time, and as the consequence, the Multiverse becomes in danger. Now to rescue the actual reality from collapsing, the good   Doctor has been forced to each to Wanda Maximoff who has gone by the moniker Scarlet Witch just after the events of WandaVision.

Phase 4 has opened the new hero as Xochitl Gomez coming to America Chavez into the live-action. She is a new ally heroine capable to jump through the dimensions. It seems that Cumberbatch may face many several unexpected familiar faces. It also reveals Stewart as “Mystery Voice” and it is definitely a classic move by Marvel Studios to hide the real identity of Stewart.

The trio now acquires the superpowers for sparing and they need some luck to survive the traps of the multiverse that contains a squid-like monster and also eve has such an evil version of Doctor Strange himself.

We will see Chiwetel Ejiofor also come as Karl Mordo, and he has been convinced by the thoughts that magic is mainly the source of reality’s problem and it becomes under his duty to fight fire by using such mystic knowledge for taking down the wizards. In this MCU is mainly pushing its boundaries further than beyond as a consequence Doctor Strange will face several struggles.

Doctor Strange in the Multiverse of Madness: Cast

This film is directed by Sam Raimi from the script by Jade Barlett and Michaels Waldron. Raimi is also known for the helming of the Spider-Man trilogy featuring Tobey Maguire. Raimi says in an interview,

“ I did not know that I could face it again because it was so awful, having been the director of Spider-Man 3. The internet was getting revved up and people disliked that movie and they sure let me know about it. So, it was difficult to take back on. But then, I found out that there was an Opening on Doctor Strange 2. My agent called me and said, ‘They’re looking for a director at Marvel for this movie and your name came up.  Would you be interested ?’ and I thought, ‘I wonder if I  could  still  of it.’ They are really demanding, those types of pictures.  And I felt, ‘Well, that’s reason enough.

‘I’ve always really liked the character of Doctor Strange. He was not my favourite, but he was right up there with the favourite. I loved the first movie, I thought Scott Derrickson did a  wonderful job, an incredible job, so, I said, ‘Yeah’ they left the character in a  great place. I did not think I would be doing another superhero movie. It just happened.”

Doctor Strange in the Multiverse of Madness: Release date

Read DC Vs. Marvel: Which franchise will win the tug-of-war in 2022? Here’s a detailed analysis