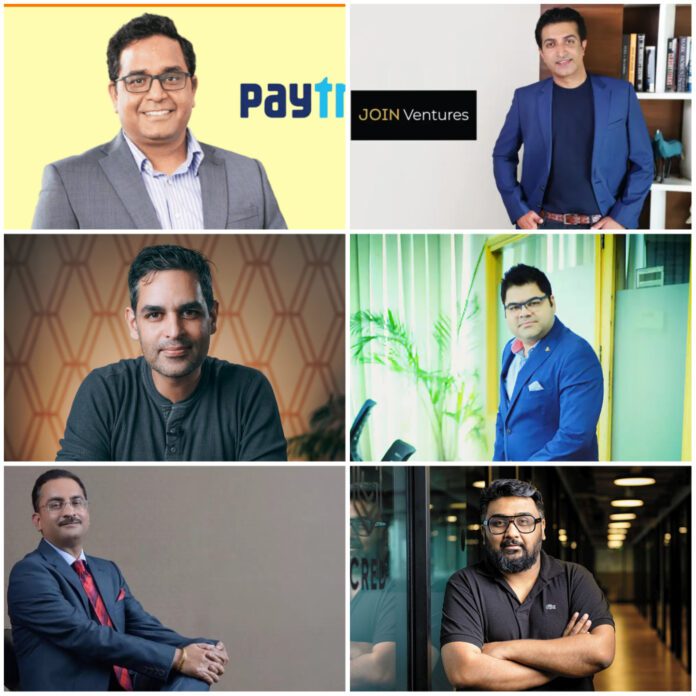 Entrepreneurship is not for the faint of heart, as is often said. It requires grit, determination, and fortitude to take on the multiple challenges that are part and parcel of being a leader.

A startup founder’s journey is always “lonely” – a term many entrepreneurs use when narrating their stories. There are highs that touch the sky, but sometimes there are lows, more often than not, that can lead founders into a deep, dark abyss.

Despite this, some entrepreneurs can evade them and successfully establish their ventures – not once, but twice and, for some, even four times. Many of them are willing to take a risk by quitting their comforting established business and starting from scratch several times over. There have been a few in India as well who have set the standard for serial entrepreneurship.

The following list includes 6 serial entrepreneurs for whom one successful venture wasn’t enough. Their achievements and dedication to hard work is an inspiration to all budding entrepreneurs.

Kunal Shah founded Cred, an Indian fintech company based in Bangalore, in 2018. It is a reward-based credit card payments app that also provides short-term credit lines and allows its users to make house rent payments from the app. Cred simplifies the bill payment process and rewards users for paying their card bills on time.

Back in 2022, Cred signed a three-season partnership to become one of the official sponsors of the Indian Premier League. The company’s unique advertisements during the IPL seasons over the years have generated immense praise on social media and news.

Kunal Shah is among many Indian entrepreneurs who have launched new ventures for the second time. An MBA dropout from Mumbai’s Narsee Monjee Institute of Management Studies, Shah’s previous venture was Freecharge, which was established in 2010.

Deepak Sahni is the Founder and CEO of Healthians, India’s leading door-to-door health test service provider, trusted by over 3.5 million households. The company operates in over 250+ cities across India and has a network of over 30 labs and state-of-the-art labs.

A self-made entrepreneur and a health aficionado, Deepak Sahni nurtures a vision of adding 10 additional healthy years to every Indian’s lifespan. He ardently believes that great health is contingent on frequent and routine health check-ups, this ideology forms the foundation of Healthians. Deepak’s professional repertoire spans over 18 years of experience in the healthcare, marketing, and technology sector.

Deepak’s first stint with entrepreneurship was with SWT, one of the largest healthcare digital services firms in India. The firm managed over 3500 clients across the globe in the field of hospitals, doctors, pharmaceuticals and life sciences.

Tarun is a highly experienced tech entrepreneur, angel investor, aeronautical scientist and Direct to Consumer (D2C) industry leader. He started his career as a Scientist with DRDO, where he played a crucial role in designing the flight control systems for India’s first lightweight, high-agility supersonic fighter aircraft – Tejas. As a part of a pioneering initiative, he then designed the world’s first biometric ATM that harnessed the power of technology to overcome language barriers and facilitated the financial inclusion of low-income microfinance consumers in India.

Tarun has over 12 years of investing experience at two of the world’s leading private equity firms (3i and CVCI), where he successfully led & managed investments of over $500 million in India.

Tarun started his entrepreneurial journey with IGP.com back in 2016.

Vineet Singh is the Founder of Castler, a pioneer in the field of Digital Escrow Banking in India. The company’s endeavour is to build a transaction banking-focused escrow banking solution for enterprises for both domestic and cross-border transactions. It also wants to democratise the escrow product for mass adoption amongst consumers and MSMEs to eliminate fraud.

Castler offers a unique Escrow Management TSP solution for enterprises and banks. Operational since April 2021, Castler is the trusted escrow solution provider for over 150+ enterprises and manages over INR 1000+ crores($130 Mn) in transactions every month. Castler recently raised $1 million in its seed funding round led by Zerodha’s VC arm Rainmatter.

With over 25+ years of experience in the Indian startup industry, Vineet has held leadership positions in Naukri, 99acres and MobiKwik. He has also worked with companies like Shuttl, OLX, MobiKwik & others.

Vineet’s first stint with entrepreneurship was in 2015 when he founded Buildzar.com, a marketplace for building materials & finishing products.

In 2015, Ankur Warikoo founded Nearbuy, India’s largest hyper-local e-commerce platform, connecting online offerings to offline services. The app lets customers discover things to do near them and save money via great deals. Nearbuy helps customers dine at the best eateries in town, cool off at prime spas, catch the latest blockbusters, or pick out the best weekend getaways – all for unbeatable prices. To do this, nearbuy.com works with 68,000+ local businesses across 33 cities in India.

Ankur Warikoo is an Internet Entrepreneur and is among India’s top content creators. He is also a bestselling author and conducts courses online as an educator. In his spare time, Warikoo loves to mentor entrepreneurs and act as an angel investor.

Ankur was also the founding CEO of Groupon’s India business in 2011 and acted as the Country CEO from 2011-15.

Vijay Shekhar Sharma started the digital revolution in India by launching Paytm, which went on to become India’s leading Payments App. More than 300 million Indians use Paytm to pay at their local Kirana stores. And that’s not all; the Paytm app is used to pay bills, do recharges, send money to friends & family, and book movies & travel tickets.

In 1997, he started the website indiasite.net, and in 1999 he sold it for $1 million. Later in 2000, he started One97 Communications, which is now the parent company of Paytm. In its initial years, the company offered mobile content, including news, cricket scores, ringtones, jokes and exam results.