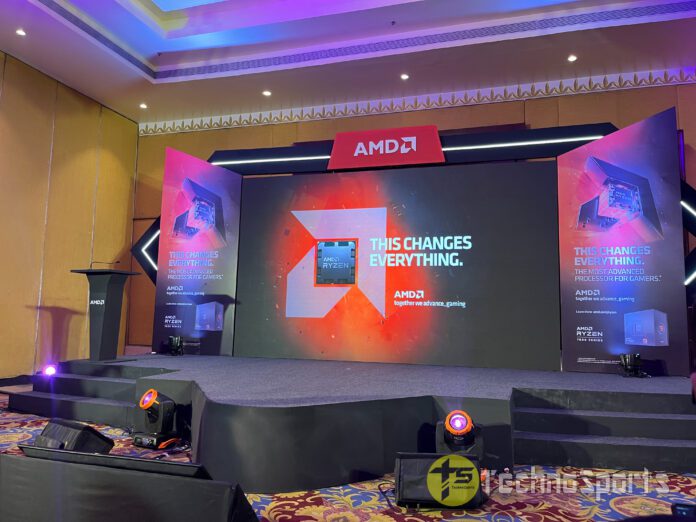 Yes, it was coming after AMD announced the new Ryzen 7000 series processors and they were getting dominated by Intel’s 13th Gen SKUs because the price-to-performance ratio wasn’t justified. Now, AMD has widely reduced its CPU pricing considerably to counter Intel worldwide and officially seeing the new prices on multiple vendors in India we can say it has also been reduced in India as well.

As you know a few months back only AMD announced these four new Ryzen 7000X processors across the world and hosted a grand launch in India as well, where we went and found AMD to be very serious this time around to attract gamers in India.

Now, just a week after Intel dropped a bombshell in the form of Raptor Lake, so, although there’s no denying that the AMD chips are really good but the timing and Intel’s serious competition made Ryzen 7000 series a bit shabby for gamers. Also, another key reason why AMD had to cut costs had to be because of the higher prices of their new AM5-based motherboards.

Though transitioning to a future-proof AM5 platform is a smarter choice people were not convinced to do so because of the high price of these X670 boards and now that these AMD Ryzen 7000 processors will get even cheaper, people can save that money and invest in a new & future-proof platform.

Talking more on the price cut, all three CPUs have been discounted to some extent, the budget Ryzen 5 7600X which used to retail for around Rs.29k-30k now costs Rs.24k at MDcomputers or Vedant Computers and ₹28,999 on Amazon India. At that Rs.24k-25k price, this is a great 6-core offering but yes it gets humiliated by the Intel chips in terms of multi-core performance.

As we go up the product stack, the 8-core Ryzen 7 7700X that used to retail for around Rs.40-42k online has now got its price to ₹34,310 only on Amazon India and it’s the lowest across the online market. Now, at this price, as an 8-core chip, it’s a good gaming CPU and quite decent on productivity, again not very strong against the 12-core, 16-core Core i7s available for a few extra bucks.

Now, things get better for flagships because here the difference between AMD and even Intel’s latest 13th-Gen Raptor Lake is very marginal, so the price will play a big role indeed. The Ryzen 9s we have known to be very good value-for-money chips and this time both Ryzen 9 7900X and Ryzen 9 7950X have great gaming as well as productivity performance.

The 12-core Ryzen 9 7900X used to retail for around Rs.55k is now retailing for Rs.48k and is in line with the discounts in the world market as well. Currently its retailing at a discounted price at MDComputers and with time most retailers including Amazon India will be selling at its new price with time for sure.

The best discount that any CPU has received is the flagship Ryzen 9 7950X, which does perform really well with 16 cores both in terms of gaming and creativity. Even the new Raptor Lake Core i9-13900K has a hard time defeating this AMD champion which was launched at around $699 and was not retailing for less than Rs.70k but with Raptor Lake launch its price was reduced to some extent.

However, now the AMD Ryzen 9 7950X which has been globally discounted to $573.99 is now being sold at Rs.60k via MDComputers. So, overall, gamers and enthusiasts who had been waiting to buy a new AMD Ryzen 7000 chip can rejoice and make their new Gaming/Workstation PC easily.