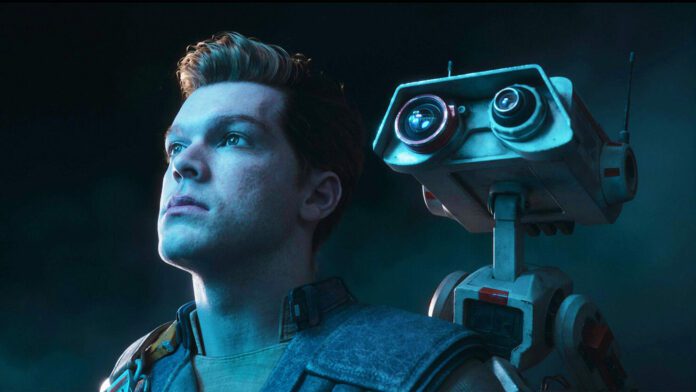 In terms of details concerning the sequel to Star Wars Jedi: Fallen Order, developer EA has kept its cards close to its breast. Fans were aware of its existence before the official announcement on Star Wars Day 2022, which featured a mysterious trailer. Many admirers were drawn to the strange figure floating in a bacta tank as Cal looked on. Because of the hair and scars, some speculated that it might allude to the return of Fallen Order nemesis Jedi Master Taron Malicious.

Star Cameron Monaghan recently talked about the journey Cal Kestis makes in the new game, as well as how he must grow from his previous experiences. “He is someone who lived through a genocide, a purging of people from his kind, and has been living in hiding for most of his life. To me, a survivor is someone who can persist in the face of extraordinary odds, and I think that that’s a lot of what our story is about,” said Monaghan. “We see Cal challenged in ways that we haven’t seen him challenged before, and it brings him to moments that are more difficult than anything that his character has faced. Without giving anything away, I think that it leads to some very interesting questions for Cal, as well as just for this universe in general.”

There have been persistent whispers that Star Wars Jedi may also get a live-action remake in the future.

According to unnamed insiders, Disney was thinking of having Monaghan play Cal in a new series for its streaming service. Monaghan showed interest in playing the same part in a future live-action adaptation of Cal’s story for Disney+ or somewhere else in the Star Wars world, but he remained uncommitted and evasive in his response.

The release of Star Wars Jedi: Survivor and a new book are scheduled for March 2023

Star Wars Jedi: Survivor: The Latest adaptation is set to release on 2023