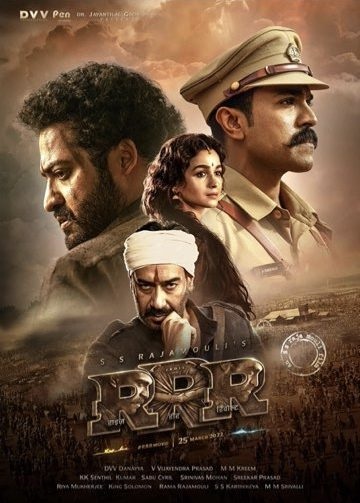 RRR Sequel is coming soon. The movie production is underway. RRR is a Telugu crossover sensation, directed by S.S. Rajamouli. Recently, the filmmaker has confirmed that a sequel is currently under development and it seems that it is going to be one of the most expensive movies ever which seem to be made out of India.

Previously, RRR has a budget of $72 million which led to a commanding debut in March on Netflix. It is a historical epic that mythologizes two real-life Indian revolutionaries, Alluri Sitarama Raju and Komaram Bheem, in their fight against the British Raj.

RRR Sequel is on its way to Development. In the past weekend, Rajamouli reportedly discussed the sequel at a screening in Chicago. The director said, “My father is the story writer for all my films”. He has also said, “We discussed a bit about [RRR 2] and he’s working on the story”. However, Variety adds that the sequel is still in too early a form for any concrete details to be shared or reported.

RRR is a full-packed action, historic film along with wildly inventive action set pieces across its three-hour runtime, including one in which Bheem unleashes tigers, leopards, and other wild animals from a truck to attack the British. It is set in the 1920s, and the trailer featuring a clip from that scene went viral around RRR’s release, you can check it out above–and really ought to, since words alone hardly do it justice. Aside from over-the-top stunts, the film–like many Bollywood features–packs in multiple extreme tone shifts and genres, which means the movie is also packed with musical sequences and comedy.

RRR OTT platform release date: All details and updates about the time of release