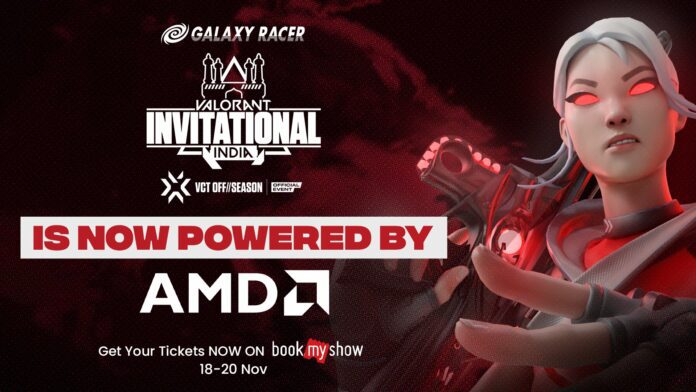 Glance Gaming, a gaming and game streaming destination, and part of consumer internet company Glance, today announced that it has partnered with Galaxy Racer to live stream the first-ever VCT (Valorant Champions Tour) Off-Season LAN (Local Area Network) event in the country, Valorant India Invitational. The event will be live streamed simultaneously in India and Indonesia, on Glance lock screens. In India, it will be available in English and Hindi, for all Glance users.

The event is scheduled to take place from November 18 – 20 in association with the Sunburn Music Festival, Hyderabad. Apart from its world-class music performances, the festival will also be a treat for gamers and game lovers, who will witness India’s first-ever offline international Valorant event. Eight amongst the world’s top teams from Philippines, Indonesia, Singapore and Spain, some of whom are newly appointed franchise members of the Valorant Partner Leagues debuting in 2023, will compete for a prize pool of USD 100,000. The three-day finale is expected to attract approximately 2 million daily views on Glance.

Valorant, which is published by Riot Games, is a free-to-play team-based tactical shooting game with a five-on-five setup. The average daily active users of Valorant worldwide are approximately 2 million, making it one of the biggest games in the global e-sports community. India’s growing Valorant enthusiasts will be able to access the live streaming of the event, engage and also interact with unique Hyperlive content on the Glance lock screen.

Yashashvi Takallapalli, VP and GM, Glance Gaming said, “At Glance Gaming, we are committed to nurturing India’s growing base of e-sports enthusiasts and our partnership with Galaxy Racer to live stream the official VCT Off Season event, Valorant India Invitational, reaffirms the same. We aim to stream several leading e-sport events and bring the best of Hyperlive gaming experiences, that are unique, deeply interactive and immersive, to our gaming community.”

Siddharth Ravishankar, Chief Gaming Officer, Galaxy Racer said, “We wish to create a unique experience for the e-sports communities and Valorant fans in the country. Our vision has always been to blend premier esports events and music festivals. When we had a chance to ideate with key industry stakeholders, our goals and vision aligned, and it seemed nothing but natural to jointly offer this unique experience in the Indian market. We are excited to collaborate with Glance Gaming, to enable this event garner a wide reach and create an exciting experience for fans.”

From January to October 2022, Glance Gaming has more than doubled its daily active user base. An average engaged user plays 6 games on the platform, daily. Glance Gaming is India’s leading gaming and game streaming destination, with over 65 million active users who play 400+ casual to hyper-casual games across 15+ categories. The platform has over 20 million live stream viewers who watch more than 1,500 gaming live streams, every month. Besides India, Glance Gaming also has a strong presence in Indonesia.