Children’s Day special: Here’s what to watch on Netflix 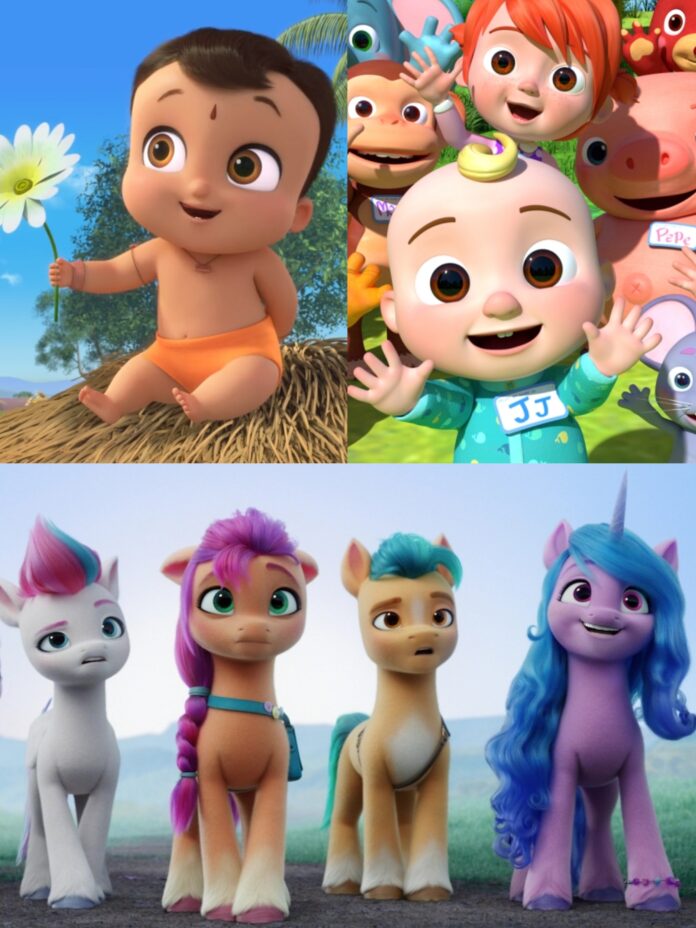 Enjoy this children’s day with a line of fun and endearing stories on Netflix
This Children’s Day, watch films and series that entertain and also have an underlying lesson to take away. Here’s a list of stories streaming on Netflix that both kids and their families can watch together to make November 14 a special day.

Children’s Day special: Here’s what to watch on Netflix

Netflix’s first animated series from India, created by Rajiv Chilaka, Mighty Little Bheem is a story about an innocent but super-strong toddler Little Bheem and his mischievous adventures in a small Indian town. The show brings to life India’s rich culture and traditions, including monuments, rich heritage, performing arts, rituals, and festivals.

Starring Karl Urban, Zaris-Angel Hator, and Jared Harris, this adventurous film is directed by Academy Award film-maker Chris Williams. The film centers around a young girl and a famous sea monster hunter who embark on an exciting journey into uncharted territory and alter the course of history.

Directed by Nitin Vijay Supekar, the iconic tales of Akbar and Birbal come alive on screen and showcase how Birbal uses his intelligence and presence of mind to provide justice to the people who come to the emperor’s court. The show takes kids on a laughter ride while touching upon some pearls of wisdom.

Based on the books of Andrea Beaty, this animated children’s series created by Chris Nee is all about Ada Twist, a young scientist who plans to investigate how science, friendship, and teamwork could be used to help people.

Inspired by the renowned TV show Taarak Mehta Ka Ooltah Chashmah, the show places Tapu and his sena at the center of the story. The residents of Gokuldham Society navigate life’s ups and downs and overcome their obstacles together as they go through various misfortunes and adventures. The show is created by Asit Kumarr Modi and directed by Santosh Narayan Padnekar.

My Little Pony: A New Generation

Directed by Robert Cullen and José Ucha, My Little Pony: A New Generation is a fantasy comedy film starring Vanessa Hudgens, Kimiko Glenn, James Marsden, Sofia Carson, and Liza Koshy in lead roles. The story focuses on Sunny, an Earth Pony, and her unicorn and pegasi friends who are eager to find a way to bring beauty and unity back to their world as Equestria has lost its magic!

Toolsidas Junior starring Sanjay Dutt and Rajiv Kapoor portrays the touching tale of Toolsidas, who loses a heartbreaking game of snooker in Kolkata. The story continues as Toolsidas Jr. chooses to take on the challenge of completing his father’s unfinished goal by battling his main rival.

A businesswoman hires an unemployed homeless guy to look after her property. But things go horribly wrong when he attempts to do so while being chased by an evil bee. s, created by Rowan Atkinson and Will Davies, is a comedy series starring Rowan Atkinson, Pino Maiello, and Claudey Blakely in lead roles.

Who is the Richest Man of all time?