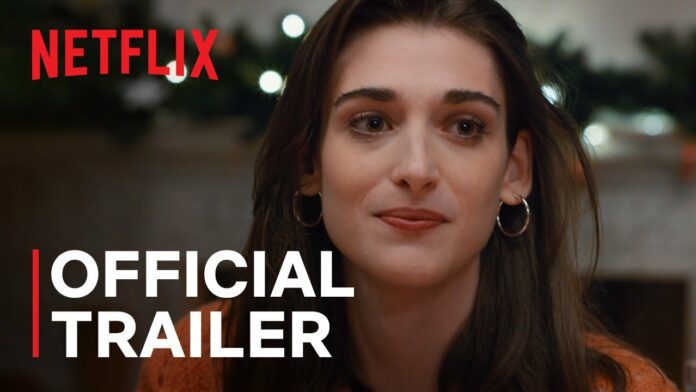 Netflix has unveiled the official trailer of ‘I hate Christmas’, a new comedy series reveal in December with Pilar Fogliati. As we have set to enter into December and Christmas is knocking on the door, with all the load of films and TV series. Among the series that we are going to see this December as there is ‘I hate Christmas’, a comedy signed by Netflix and shown on social networks with the first trailer, also revealing the release date.

This is a new comedy series with the protagonist, Pilar Fogliati who plays Gianna. The thirty-year-old who hates Christmas with all her might. She hates it more than anything else. Now, this is the time that all those questions she brings, especially the ones she asks about where she is in life. Gianna, is satisfied with her life as a single, with good friends and a job she likes. She dislikes being judged for not having a boyfriend or a family, so she decides to find someone to take home for Christmas.

As an advent calendar made up of blind dates and impromptu outings, in 24 days Gianna looks for the person to take to the Christmas dinner to discover many things about her and about love. The series is set in the splendid setting of Venice based on a Norwegian drama entitled Christmas with a stranger.

The show features Odio il Natale, and together with Pilar Fogliati, there are the two friends Titti and Caterina, played by Beatrice Arnera and Cecilia Bertozzi. Fiorenza Pieri plays Gianna’s sister Margherita, while Massimo Rigo and Sabrina Paravicini are the young woman’s parents.

Discover the new subscription to Disney+, the streaming home of Disney, Marvel, Pixar, Star Wars, National Geographic, and now Star too. Subscribe now to only 8.99 euros per month on this page.

The brand-new comedy series is set to hit on 7th December 2022.

Previous article
Intel Raptor Lake Core i5-13500H and Core i7-13700H to have the same Core count as their Alder Lake Counterpart
Next article
FIFA 23: What do you get from the FREE Guaranteed World Cup Hero pack from pre-order?