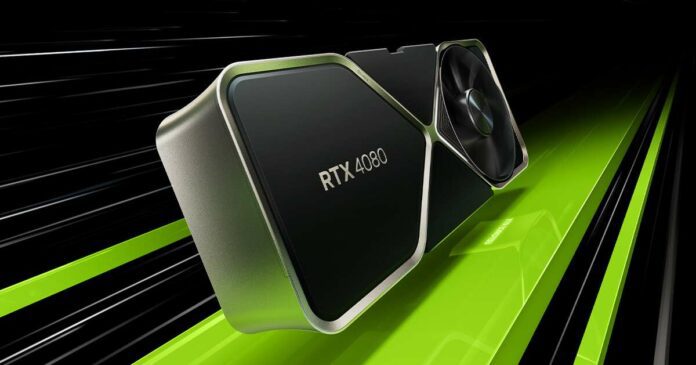 According to a reputable leaker with a solid track record, Nvidia will rebrand the GeForce RTX 4080 12GB graphics card it canceled as the GeForce RTX 4070 Ti. The decision was sensible, but it is currently unknown when exactly this Ada Lovelace device will be available for purchase, how much it will cost, and how it compares to other graphics cards.

This past September, Nvidia officially unveiled the GeForce RTX 4080 12GB, a somewhat peculiar graphics card. The AD104 from Nvidia was installed on the board in its complete configuration, which included 7680 CUDA cores and a 192-bit memory interface. Despite having the same model number as the RTX 4080 16GB, it performed roughly 30% worse in benchmark tests than the latter.

Nvidia canceled the 4080 12GB after receiving harsh criticism from the community but withheld information on what would become of the fully functional AD104 GPU. According to @kopite7kimi, a reliable source of information, the item will now reportedly be known as the GeForce RTX 4070 Ti. But since he’s not a reliable source, you should probably season his facts with a little salt and pepper.

The RTX 4070 Ti appears to be a fitting moniker for a product made possible by the AD104 in all its splendor, but it is still unclear when Nvidia will release it.

RTX 4070 Ti and RTX 4070 could launch at the same time, or at least close to it, depending on what Nvidia decides to do. However, as we can see from the 4080 12 GB cancellation, Nvidia’s plans are not entirely predictable.

The stock GeForce RTX 4070 is probably not going to utilize the entire AD104 GPU, and there are reports that it might even include 10GB of memory with a 160-bit interface. Performance-wise, such a product ought to easily surpass Nvidia’s RTX 3070 and RTX 3070 Ti, and it probably will match or perhaps surpass the RTX 3080-series products in its wake, but that would call for some inventive benchmarking (i.e., DLSS3).

While the RTX 4080 12GB was intended for release this year, the rebadged RTX 4070 Ti is unknown, and it’s widely believed that the RTX 4070 won’t be available until January 2023. The business might rush the release of its RTX 4070, or it might just release the Ti variant first and the vanilla model later. Both options have advantages and disadvantages.

Nvidia will be able to achieve its sales and average selling prices (ASPs) targets that it established when it unveiled the RTX 4080 12GB by releasing a GeForce RTX 4070 Ti variant for $899 this year and keeping the regular RTX 4070 model under wraps. But given the upcoming AMD RX 7900 XT, which will ship on December 13 and is similarly $899 in price but has ostensibly much higher specifications than the AD104, we can’t help but believe the RTX 4070 Ti will have to be less expensive.

Alternately, Nvidia might undercut AMD’s pricing by releasing the vanilla RTX 4070 before the Ti model while still having the opportunity for a higher-tier product. Naturally, such a component’s MSRP will be considerably less than $899, which will result in lower ASPs for Nvidia.