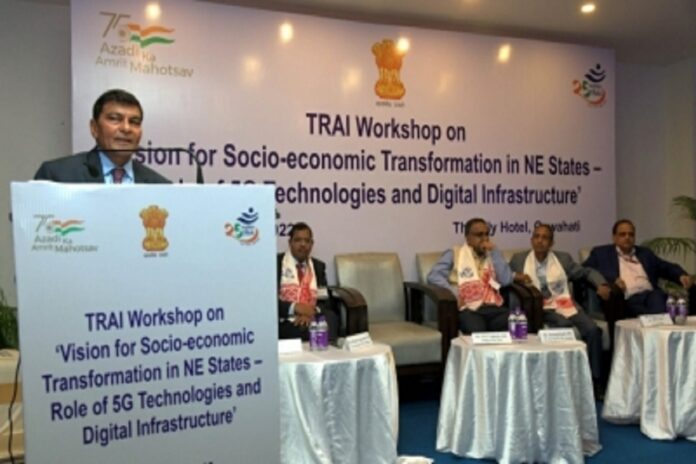 The deployment of 5G technology, according to Telecom Regulatory Authority of India (TRAI) Chairperson Dr. P.D. Vaghela, will help India realise its aim of digital empowerment and enhance the wellbeing of its citizens.

“5G technology would offer significant improvements in network performance and is likely to transform industries and society, putting the country on an unprecedented growth trajectory. 5G would have a massive impact on various industries and on the overall economy,” he said at a workshop here.

Vaghela added that with 117 crore telecom users and 825 million broadband subscribers, India is currently the second-largest telecom market in the world.

The TRAI director also discussed ways that the various parties might work together to hasten the deployment of the infrastructure needed for 5G, taking into account the problems and difficulties in the northeastern states.

According to him, the government’s top priority is to ensure that every segment of society has connectivity at all costs by giving everyone, particularly those who are underserved, access to the internet and other digital technologies.

Regarding the necessity of implementing new digital technologies for social and economic development, Vaghela stated that in the modern world, the digitalization of the economy and social life is of the biggest importance. In order for the average citizen to be able to explore the prospects present in an economy, he stressed the importance of digital literacy and the development of digital infrastructure and connectivity to every household.