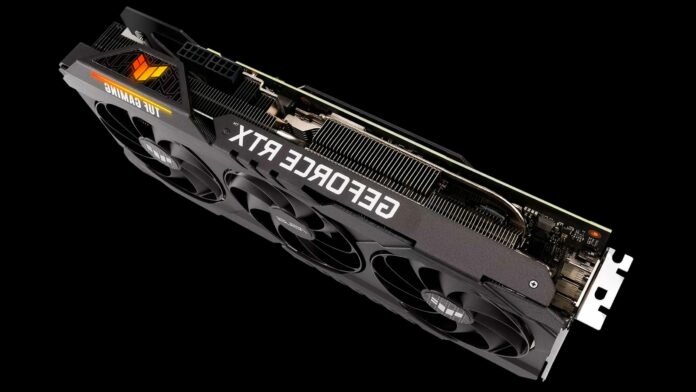 Despite the release of its GeForce RTX 40-series (Ada) graphics cards, Nvidia isn’t quite ready to say goodbye to Ampere just yet. Similar to how Asus has recently confirmed the existence of the new Ampere SKU, Nvidia hasn’t officially launched the GeForce RTX 3060 Ti GDDR6X.

The GeForce RTX 3060 Ti GDDR6X, GeForce RTX 3060 8GB, and GeForce RTX 3070 Ti GA102 are all rumoured to be included in the upcoming upgrade. The update could be an indication that Nvidia has a surplus of Ampere dies and is looking for a way to get rid of them. As a result, Ampere family graphics cards rather than Ada could be the next candidates for the title of best graphics card.

The GeForce RTX 3060 Ti GDDR6X will perform better than the base model thanks to the increased boost clock rates. The transition from 14 Gbps GDDR6 memory to 19 Gbps GDDR6X memory, however, is the real star of the show. The GDDR6X memory will increase the memory throughput of the Ampere graphics card even while the memory capacity and 256-bit interface remain same.

The TDP for the specialised GeForce RTX 3060 Ti GDDR6X graphics cards was sadly not listed by Asus. According to Asus’ design, the new version does appear to use more power.

The TUF Gaming GeForce RTX 3060 Ti OC Edition 8GB GDDR6 is the recommended minimum. The power connector configuration leads us to believe that the GeForce RTX 3060 Ti GDDR6X likely has a greater TDP but, at least in Asus’ instance, is not significant enough to necessitate a larger power supply.