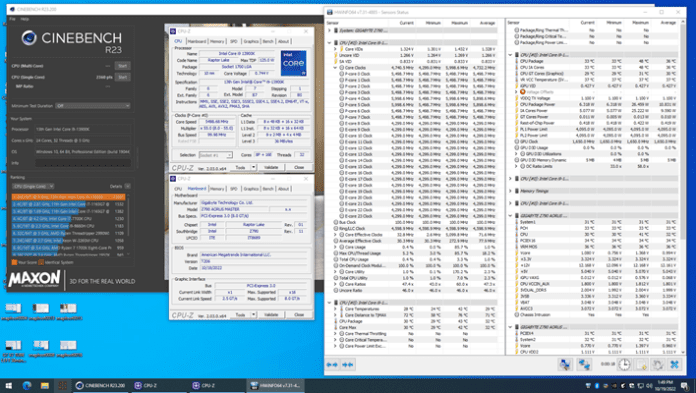 Update BIOS now for the exceptional performance of future processors

As we know, the LGA1700 socket will also support new 13th Gen Raptor Lake processors and so anyone who has had a Z690 motherboard can now buy newer Intel chips and use them easily with just a BIOS update. Now, GIGABYTE has officially come out to say that their existing motherboards are ready for 13th Gen CPUs and even support the flagship Intel Core i9-13900K to go up to 6GHz speeds.

So, the OEM giant today announced the Instant 6GHz technology which is exclusively designed for performance enhancement of Intel® Core™ i9-13900K processor. By simply updating the latest BIOS on GIGABYTE’s Z790 motherboards and activating related settings, users can boost the performance of Intel® Core™ i9-13900K to 6GHz in a snap. Other than the Turbo Boost mode, GIGABYTE Instant 6GHz technology can unleash the potential power of the processor to boost the single-core performance up to 3% higher, which leading up to experiencing the unparalleled performance of future processors.

The lately launched Intel® Core™ i9-13900K processor enables users to enjoy O.C. performance in an easier way. Using GIGABYTE’s latest Instant 6GHz technology, the system can automatically tweak CPU voltage and Vcore Load Line Calibration to detect the most two optimized cores running at 6GHz frequency. Instead of suffering from complex O.C settings, users can enjoy effortless Overclocking by simply updating the latest BIOS on GIGABYTE’s Z790 motherboards and activating the Instant 6GHz option in the BIOS. This further delivers a 3% performance boost on one single core and provides an O.C. edition-like experience on the i9-13900K processor.

The latest Z790 motherboards from the Taiwanese giant ascend to a new level with their exclusive VRM design, thermal design, and convenience. The BIOS support Instant 6GHz technology of Z790 motherboards has been updated on the GIGABYTE official website, users can upgrade BIOS with Q-Flash or Q-Flash Plus.