Apple iPad 10th Gen launched with a buttonless design, A14 Bionic and USB-C 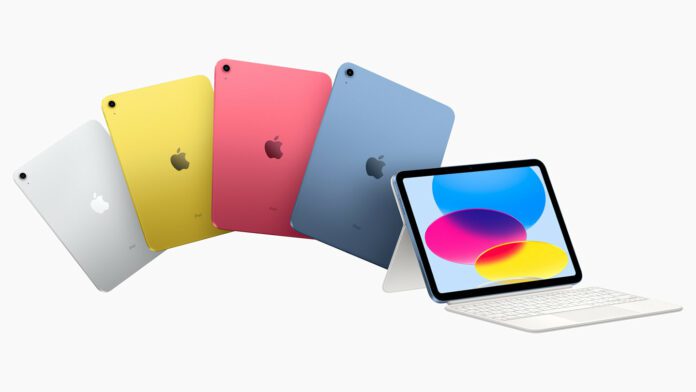 Apple has released a completely redesigned base model iPad 10th Gen, with a 10.9-inch display and no home button, allowing for evenly narrow borders. The new iPad matches the current iPad Air and iPad mini with flat sides and will be available in four colours: Silver, Blue, Yellow, and Pink.

The new model this time uses USB-C connectivity instead of the Lightning port, making it the last modern iPad model to make the switch. The company did away with the headphone jack (which is a huge bummer) as well as the home button on this device. The new iPad is aimed at users who want a tablet for productivity, education, communication, and entertainment.

Apple today introduced the new iPad with an all-screen design featuring a large 10.9-inch Liquid Retina display. The new iPad is powered by the A14 Bionic chip, which delivers even faster performance with incredible power efficiency for demanding tasks while still providing all-day battery life.1 Updated cameras include an Ultra Wide 12MP front camera located along the landscape edge of iPad for an even better video calling experience, and an updated 12MP back camera to capture sharp, vivid photos and 4K video.

A long-expected move to USB Type-C for connectivity means faster wired file transfers and faster charging, plus broad compatibility with accessories. The iPad (2022) also gets Wi-Fi 6 and optional 5G with the cellular-enabled variants. The new iPad will run iPadOS 16, which introduces the new Freeform productivity app and multiple new features across apps, including enhancements using on-device AI.

The new iPad 10th Gen is priced starting at Rs. 44,900 for the 64GB Wi-Fi-only variant. That goes up to Rs. 59,900 if you choose to buy the 256GB option. The Wi-Fi plus Cellular options are priced at Rs. 59,900 with 64GB and Rs. 74,900 for 256GB. Education discounts are available for those who qualify. The first-generation Apple Pencil costs Rs. 9,500 in India, and the USB Type-C adapter on its own will cost Rs. 900. Apple also sells a variety of accessories including its Magic Keyboard Folio and Smart Folio. The iPad (2022) is already available to pre-order, and will go on sale in many countries on October 26.