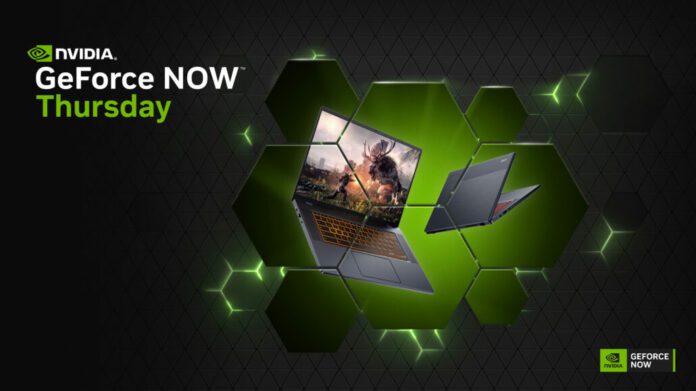 More devices than ever before support GeForce NOW and as a result of a collaboration between NVIDIA and Google, the service will now be accessible for Cloud Gaming Chromebooks thanks to the power of cloud computing. Users will thereafter be able to take advantage of the cloud streaming service’s selection of more than 1000 games.

It’s also important to note that starting on October 14, Warhammer 40K: Darktide’s closed beta will be accessible to gamers via GeForce NOW. To try out the game during the closed beta period, you must pre-order it using Steam. NVIDIA has the finest solution for you whether you want to play the game on a less powerful system or are away from your gaming rig.

NVIDIA declared that GeForce NOW will come pre-installed on all Chromebooks prior to the release of specialist Cloud Gaming Chromebooks.

All of these brand-new Chromebooks have immersive audio, Wi-Fi 6 connectivity, gaming keyboards, fast refresh rates, and high-resolution displays. And now, thanks to GeForce NOW and its RTX 3080 subscription, customers can play games with high-end PC quality.

These Chromebooks for cloud gaming come with the GeForce NOW app already loaded, allowing users to start playing the service’s games right away. Every Cloud Gaming Chromebook also comes with a complimentary, three-month membership to the RTX 3080 thanks to the Chromebook Perks scheme.

On the PC, iOS, Android, NVIDIA SHIELD, and some Smart TVs, GeForce NOW is accessible. Through the recently unveiled Logitech G Cloud, you can play your favourite games while harnessing the power of the cloud.