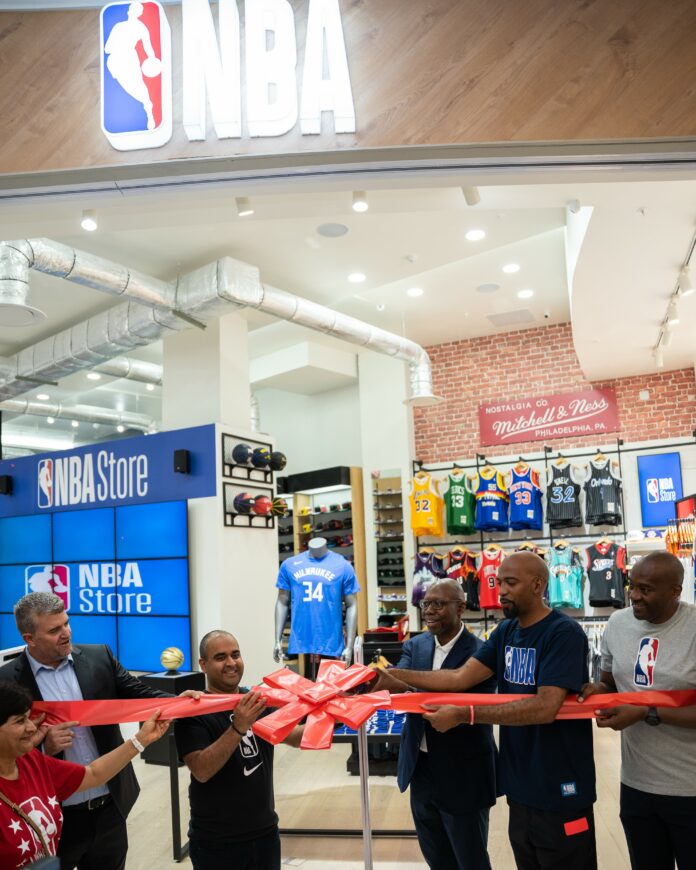 The 270-square-meter store, which is located at Sandton City in Johannesburg, South Africa and operated by Shesha, features an extensive range of official NBA merchandise and memorabilia

NBA Africa and Shesha, a premium retailer of exclusive and limited-edition footwear, apparel, and accessories, today announced the opening of the first physical NBA Store in Africa.

The 270-square-meter store, which is located at Sandton City in Johannesburg, South Africa and operated by Shesha, features an extensive range of official NBA merchandise and memorabilia, including current and former player jerseys, an assortment of youth NBA jerseys, apparel, headwear, footwear, sporting goods, toys, and collectibles from major brands such as Nike, Mitchell & Ness, New Era and Wilson.  The store also features authentic memorabilia from throughout NBA history and a customization area where fans can personalize NBA jerseys.

The announcement was made this afternoon at the store by NBA Africa CEO Victor Williams, Shesha CEO Nirmal Devchand and 2004 NBA champion Richard “Rip” Hamilton.  In celebration of the opening, fans will have the opportunity to take photos with the Larry O’Brien Trophy, which will be displayed at the store from today through Sunday, Oct. 16.

Later this year, NBA Africa and Shesha will launch the league’s first e-commerce site on the continent, which will provide fans in select African countries with the widest selection of authentic NBA products ever available in Africa.

“Launching the first NBA Store in collaboration with Shesha reflects our commitment to driving greater engagement with our passionate African fans,” said Williams.  “Through this new store, fans will be able to more easily represent their favorite teams and players, showcase their fandom and elevate the culture around basketball on the continent.”

“We are honored and excited to deliver the first NBA Store in Africa,” said Devchand.  “This store will provide NBA fans in South Africa with the greatest access they have had to league merchandise, including jerseys of NBA players, legends, and African pioneers past and present.  We look forward to welcoming basketball fans to the NBA Store and celebrating our shared love for the game.”

In addition to merchandise, the new store features large screens showing NBA TV, the league’s 24/7 dedicated channel that airs live games, highlights, and original content.  The store also features an interactive photo display where fans can take pictures as if they are standing alongside NBA players, as well as a dedicated area where fans can compare their heights and shoe sizes to NBA players and legends.

There are more than 400 NBA-branded retail stores and attractions worldwide that serve as the league’s official destinations for fans around the world.

Read: Brazil to use Juventus’ training facility ahead of 2022 World Cup