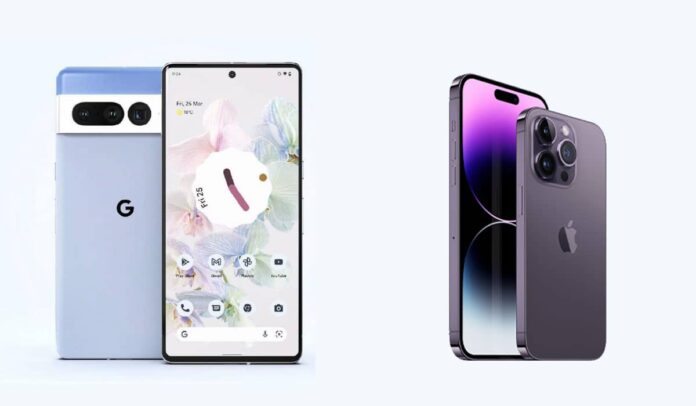 As of now a good number of premium smartphones are available in the market. It is really tough for consumers to get the best for them. So, for you, we have made a list of some premium smartphones which you can consider while purchasing. To know all details continue to study the article further.

Without including Samsung’s flagship smartphones for premium smartphones list, our list of flagships would be incomplete. The Galaxy S22 series is essentially a premium handset experience that the South Korean company is offering, and it may suit the needs of many users.

The entire series uses either the Exynos 2200 (Europe) or the Qualcomm Snapdragon 8 Gen 1 SoC, to start with the specifications (ROW). Galaxy S22 series: the Galaxy S22, Galaxy S22+, and Galaxy S22 Ultra are three models.

The three variants differ mostly in size, with the base model having a 6.1-inch panel, the Plus model having a 6.6-inch screen, and the Ultra model sporting a 6.8-inch screen. Due to Samsung’s reputation for producing high-quality AMOLED screens, this series features some of the best smartphone displays available.

Especially noteworthy, the Galaxy S22+ and Galaxy S22 Ultra even provide one of the greatest screen brightnesses for smartphones (with 1750 nits of peak brightness).

The Galaxy S22 is one of the greatest little smartphones available for individuals wishing to get a high-end device that isn’t too big. However, the Galaxy S22+ is a good option if you’re seeking a larger flagship device.

The Galaxy S22 Ultra one of the premium smartphones comes with a pen for people who are focused on productivity, is even an option for Galaxy Note smartphones. Priced at 88,999 INR for the Plus variant and 75,999 INR for the standard model, respectively. The complete series is available on Amazon India; the most expensive model is the Ultra, which costs 118,999 INR.

One of the most recent premium smartphones series to hit the market globally is the Apple iPhone 14 series. The business made a lot of significant adjustments to several models with the 2022 iPhone lineup, while barely changing any of the other models.

Starting with the more expensive models, the iPhone 14 Pro and iPhone 14 Pro Max are undoubtedly among the best options available for a truly premium smartphone experience.
One can anticipate top-tier performance and optimizations from Apple, as well as the first iPhone that does away with the notch in favor of Dynamic Island, which essentially refers to the new punch hole cuts and even the variety of functionality and features that come along with it.

On the other side, the iPhone 14 does not much differ from the iPhone 13 other than a slightly updated chipset.

The iPhone 14 Plus, which takes the place of the iPhone small model, is the only modification to the series as a whole. However, the less expensive models don’t offer enough of a difference to make users of the iPhone 13 want to upgrade.

So much so that we can also recommend the iPhone 13 range, which has lately seen significant discounts in India because of the ongoing holiday promotions. Remember that the 2021 model will still provide a high-end flagship experience.

The best premium smartphones by the Chinese company is the Vivo X80 Pro. The firm has provided high-end phones with top-notch specs under the X80 series, except for the X80 Pro+ in India.

Even so, its primary selling point is unquestionably its camera system. It sports a quad camera arrangement with a 50-megapixel primary sensor, a 48-megapixel ultra-wide angle lens, a 12-megapixel telephoto lens, and an additional 8-megapixel periscopic zoom lens.

Additionally equipped with Zeiss optics and Zeiss T* lens coating, the camera module has received high marks for its camera performance. The pricing of the smartphone, which is now available on Flipkart, is 79,999 INR.

The Pixel 7 and Pixel 7 Pro were unveiled by Google to once again demonstrate what a genuine Google phone or an Android phone with excellent software is like.

With a second-generation Tensor G2 SoC, the Pixel 7 lineup keeps the company’s exclusive chipset that was initially introduced in the Pixel 6 series. Even though this doesn’t result in a significant increase in performance in terms of raw power, it aids in enhancing the more AI-powered capabilities that these phones offer, for which they are also renowned.

The Pixel 7 Pro, which tied with the Honor Magic 4 Ultimate for first place on the DxOMark, also comes with new and upgraded cameras. We can therefore confidently say that this is currently one of the top smartphone cameras.

If this isn’t enticing enough, you also receive several special Google features like Direct My Call, speech recognition, and even some exclusive camera tools like Shot Unblur, which essentially allows you to unblur any photo on your Pixel 7.

The Magic Eraser and similar functions are now included in this. The IP68 water and dust resistance grade are included with both variants. Both the Pixel 7 and Pixel 7 Pro have starting prices of 59,999 Indian rupees.

The Galaxy Z Fold 4 and Galaxy Z Flip 4 are a pair of two true ultra-premium foldable phones since we’re talking about premium phones that provide a flagship experience.

Both of these devices include various upgrades over their predecessors, including better cameras, bigger batteries, and even Android 12L, a version of the Android operating system designed exclusively for devices with large screens.

These models feature a premium and robust design in addition to having a different form factor from the others on this list thanks to their Armor Aluminum frames and hinge, which are complemented by distinctive Corning Gorilla Glass Victus+ for the front and rear glass panels.

The more expensive of the two models, the Galaxy Z Fold 4, has a horizontally folding panel similar to that of a notebook.

Samsung‘s top-tier AMOLED 2X panels, which have a high refresh rate of 120Hz, are used to make both the exterior and interior displays. While the Galaxy Z Flip 4 model has a smaller outer screen with unique features and functionalities of its own, the clamshell vertically folding display on that model also has the same display specifications.

The most recent and finest Snapdragon 8+ Gen 1 chipset from Qualcomm powers both smartphones, which also have IPX8 water resistance. In India, the Galaxy Z Flip 4 is available for 89,999 INR, while the Galaxy Z Fold 4 is priced at 1,54,999 INR.