Ampverse with 7Sea Esports forays into the Lifestyle and Entertainment segment 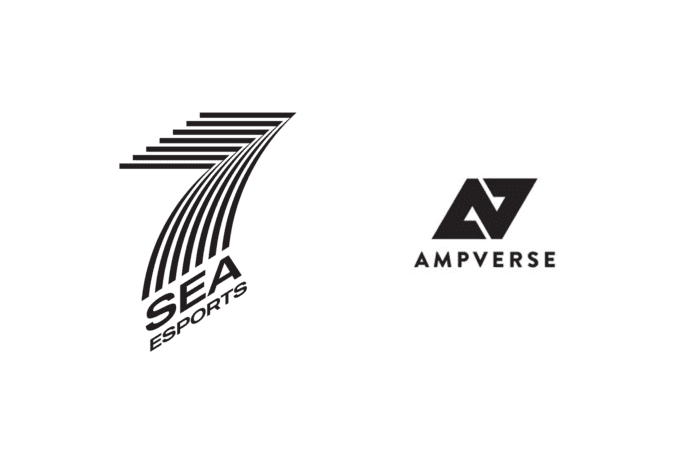 Singapore-based Gaming Company Ampverse which set its footprints in India last year by acquiring 7Sea Esports forayed into the lifestyle and entertainment segment through its recent Music video.  The India-based Esports organization has now added yet another feather to its cap with this music video, which was a part of the rebranding exercise for 7Sea Esports. The video is supported by renowned content creators.

The company has spearheaded its approach to building a multi-dimensional entertainment brand through its latest video anthem. Aptly titled ‘RISE UP’, the video has been developed in collaboration with six content creators like Ravator Music, Fing, Angelina, Android gamers, Savage girl gaming, and Malika that focus on the rapidly changing demographics and content consumption patterns across global urban regions. The video also features 7Sea Esports athletes like Spraygod, Sarang, Aladin, Sparky & coach Osmium.

The song is a representation of 7Sea Esports’ growth over the years and its popularity among the Indian Gaming and Esports Community; 7Sea Esports’ new wave of Generation Z content is sure to further cement 7Sea Esports’ place in the hearts of its young audience in the years to come.

It can be said that the video acts as a metaphor for the ‘rising aspirations of the organization in terms of catering to a larger customer base. Aiming to unite the Gaming, Esports, entertainment, and lifestyle industries in India, 7SEA Esports plans to become the go-to source for all 4 with its high-quality content.

On this new business development, Charlie Ballie Co-founder & CSO, of Ampverse said, “We are excited to enter this new era as it was always a part of our strategy to build a brand that sits at the intersection of popular culture. With this new move, we look forward to playing our part in taking esports to the next level in India..”.

Sharing his views on the RISE UP campaign, Santosh Pecheti, Founder & MD of 7Sea Esports said “It gives me immense pleasure to see such developments happening. The fact that we are venturing into a totally new domain is exciting and I am delighted to be associated with the same.” Pecheti also extended his gratitude to the seven content creators & Esports athletes who have worked really hard to shell out a unique video that was thoughtfully crafted and conveys the company’s message.

Earlier, Ampverse had spearheaded the growth and development of 7Sea Esports following its blueprint of changing high-growth esports teams into culturally powerful relevant brands while also creating strong communities that connect with fans at a large scale. Keeping in mind its growth prospects and business expansion, the company decided to take this plunge. By venturing into the domain of lifestyle and entertainment Ampverse has consolidated its position and role not only within the domain of esports and gaming but also in the aforementioned industry.

Reports mention that the global entertainment market size was valued at US$ 90.92 billion in 2021 and is expected to expand at a compound annual growth rate (CAGR) of 7.2% from 2022 to 2030. India and the South East Asian region are no exception, In fact, experts see huge growth potential in the south east Asian markets going forward.

One of the fastest-growing esports organizations in India, 7Sea Esports, is on a mission to provide young Indians with a platform to showcase their talent to a wider audience.

Over ten of 7Sea’s active pros compete at the highest levels of the country’s most popular games. While 7Sea Esport’s current roster of brand ambassadors includes several well-known names from the world of Indian gaming and esports, the organization hopes to expand its network into young-targeted industries like the Indian hip-hop and streetwear culture.

Ampverse is playing a different game. Ampverse exists to inspire its community by building innovative IP that gamers simply love. Its portfolio includes owning some of the world’s best esports teams, influential gaming talent, a Play-and-Earn guild, bespoke metaverse experiences and a series of fan-driven products and gaming collectibles.

It has a blue-chip client base including Disney, Samsung, McDonalds, Nestle, Lazada and Porsche. Ampverse pioneers a hyper-local, community-first approach to shaping the future of gaming culture.

Previous article
America’s Got Talent is all set to bring its All-stars version
Next article
Enola Holmes 2: Henry Cavill and Millie Bobby Brown Collaborate to Find the Missing Girl